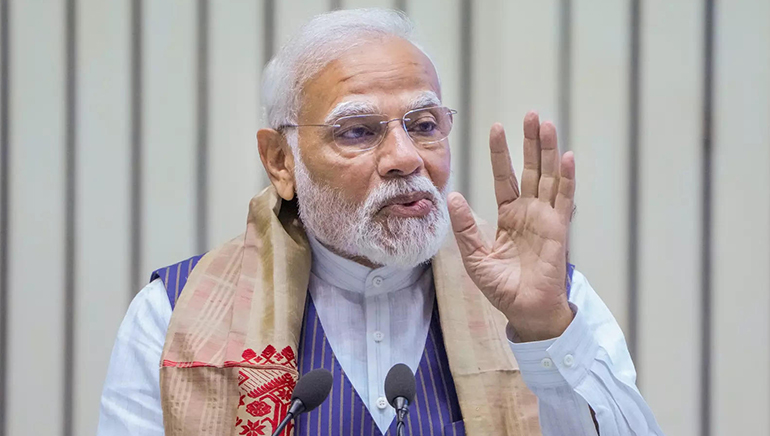 Prime Minister Narendra Modi called for a “fundamental mindset shift” to shape a new paradigm of human-centric globalization, as India assumed the presidency of the G20 on Thursday.

In a blog, the Prime Minister underscored the theme of Vasudhaiva Kutumbakam (One World, One Family, One Future), and listed terror, climate change, pandemic as the greatest challenges that can be best fought together. Gone is the time to remain trapped in the same old zero-sum mindset, which has led to both scarcity and conflict, he said, adding that India’s G20 presidency will work to promote a universal sense of oneness.

Narendra Modi said India’s G20 priorities will be shaped in consultation with not just our G20 partners, but also the fellow-travellers in the Global South – Asia, Africa and Latin America – whose voice often goes unheard.

The beginning of India’s G20 presidency was celebrated across the country. Nagaland’s famous Hornbill Festival in Kohima, which also began on Thursday, had a special focus on G20, while 100 monuments across the country, including some UNESCO heritage sites, were illuminated with the G20 logo.

On Thursday, India also assumed the presidency of the UN Security Council for December 2022. The country will host signature events on countering terrorism and reformed multilateralism this month.