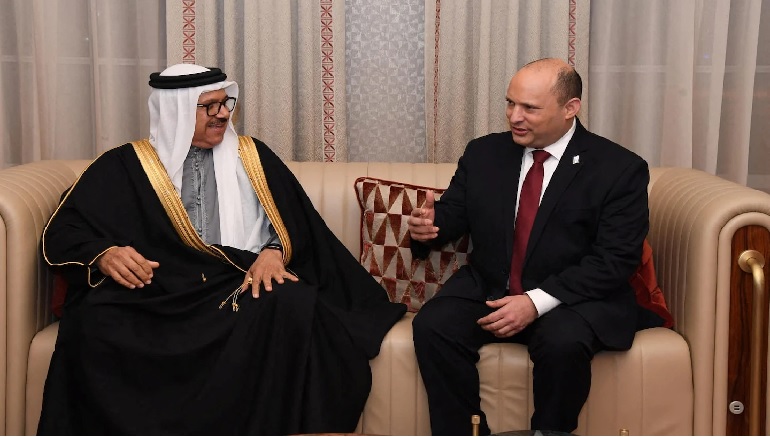 On Monday, Israeli Prime Minister Naftali Bennett became the first Israeli leader to make an official visit to Bahrain. This historic trip highlighted the strengthening ties between Israel and some Arab governments.

Mr. Bennett’s visit would have been unthinkable a few years ago, but builds on a diplomatic thaw that began in 2020 when Israel forged formal ties for the first time with Bahrain and the United Arab Emirates, revived diplomatic relations with Morocco, and improved relations with Sudan.

Saudi Arabia, the Arab world’s most powerful nation, considers Bahrain as a proxy for Saudi Arabia, a tiny but strategically important country. Some Arab leaders are less concerned about pressing Israel to resolve the Israeli-Palestinian conflict swiftly than they are about containing a nuclear-capable Iran – a concern they share with Israelis.

All Arab states, except Egypt and Jordan, had previously been deterred from formalizing relations with Israel due to their support for the Palestinians. Mr. Bennett visited the Emirates in December, the visit provided financial and military support to the UAE, the largest oil-producing island nation in the region. Bahrain has 1.5 million people but exerts much less influence than the Emirates.