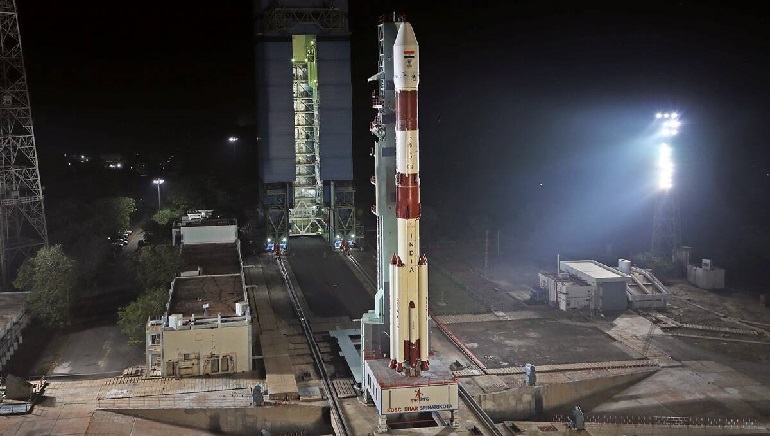 On Monday, The Indian Space Research Organisation successfully stationed its earth observation satellite EOS-04 along with two other satellites in the intended orbit. this was the first launch mission in 2022. It followed a smooth countdown of 25 hours and 30 minutes in early morning skies with the workhorse launch vehicle, the Polar Satellite Launch Vehicle (PSLV-C52) along with three satellites onboard. it blasted off at 5:59 towards the sky amid the dark.

According to ISRO, the important flight events took place exactly as planned- stage and strap-on ignition, heat shield separation, stages, and strap-on separation and satellite injection. The three satellites- EOS-04, INSPIREsat-1, and INST-2TD- post-flight of 17 minutes, and 34 seconds were injected successfully into a sun-synchronous polar orbit of 529km. ISRO said the orbit achieved for the three satellites was “very close” to the intended orbits.

At Bengaluru, the two solar arrays of EOS-04 deployed automatically and the ISRO Telemetry Tracking and Command Network (ISTRAC) assumed the control of the satellite after its separation. Satellites will begin transmitting data in the coming days after they are brought up to their final operational configuration.