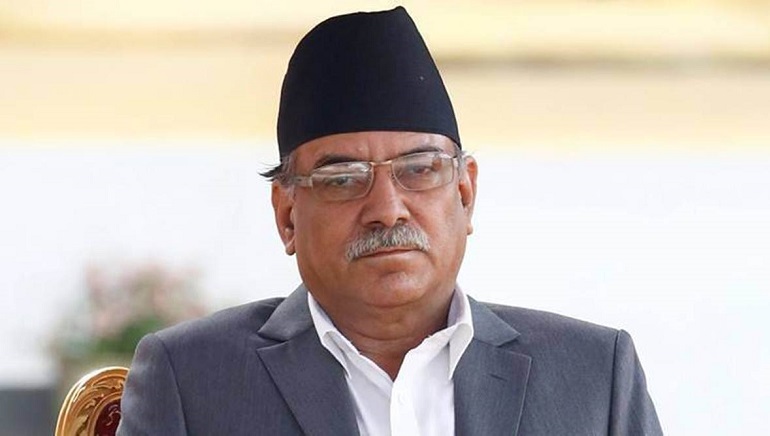 Pushpa Kamal Dahal “Prachanda” was on Monday sworn in as the Prime Minister of Nepal for a third time, after he submitted a letter to the President showing the support of 169 members in the 275-member House of Representatives. The 68-year-old leader took the oath of office and secrecy from President Bhandari at an official ceremony at Shital Niwas in Kathmandu.

Hours after he walked out of a pre-poll five-party alliance led by Nepali Congress president and outgoing Prime Minister Sher Bahadur Deuba, Communist Party of Nepal (Maoist Centre) chairman Prachanda joined hands with opponent K P Sharma Oli, Chairman of the Communist Party of Nepal-Unified Marxist Leninist (CPN-UML), and other smaller parties to be appointed as the new Prime Minister of Nepal on Sunday.

Prachanda led the decade-long armed struggle in Nepal from 1996 to 2006 that ultimately ended with the signing of the Comprehensive Peace Agreement in November 2006. He was born in Dhikurpokhari of Kaski district near Pokhara on December 11, 1954, and remained underground for almost 13 years. He joined mainstream politics when the CPN-Maoist adopted peaceful politics, ending a decade-long armed insurgency.

The Nepali Congress is the largest party with 89 seats in the House of Representatives while CPN-UML and CPN-MC have 78 and 32 seats, respectively.