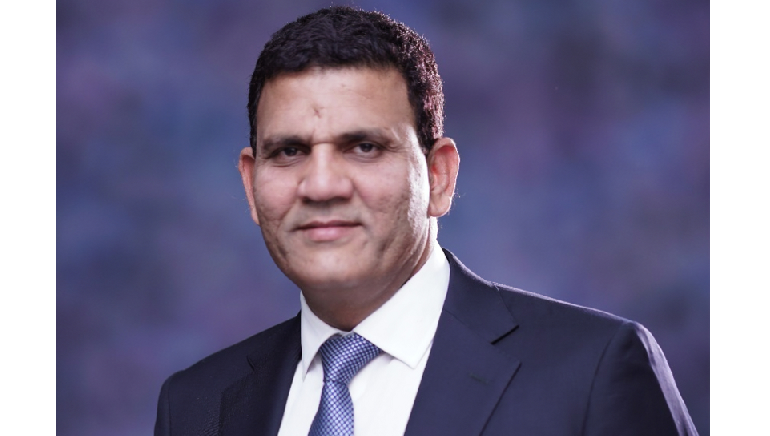 Fighting against odds comes as second nature to Mr. Pyare Khan, the curator of a heartwarming rags-to-riches story with his transportation business, Ashmi Road Carriers Private Limited. From a dilapidated house in a slum to a multi-crore corporate office, the journey that Mr. Pyare Khan has traveled a route that could have left even the strongest of people breathless, but this man is only growing in his virtue by day. His tireless efforts to multiply his business avenues are an exemplary display of his grit and determination.

His company, Ashmi Road Carriers, is known for its matchless services and professional fleet of drivers who are passionate about their job. Mr. Pyare Khan instills a distinct sense of confidence and faith in one’s own abilities within people around him and that’s the reason his business is such a massive success. He believes in leading by example and works extra hard every day to motivate his team to outperform themselves.

Mr. Pyare Khan hails from a very humble background. Born to a small-time grocer, Mr. Pyare Khan used to live in slums with his family during his early years. His mother, Raisa Khatun, had to do odd jobs to feed him and his three siblings. The little boy always eager to support his mother, started selling oranges at Nagpur railway station to lend a helping hand. Seeing his family struggle with finances and living a tough life inspired him to do something big at a very young age and he experimented with a lot of jobs and businesses when he grew up, with the aim of turning their fortunes.

His first attempt at supporting his family financially was when he attained his driver’s license. Mr. Pyare Khan took up the job of a driver with a courier company but he had to quit it because of a fateful accident in Odisha when he was just eighteen-years-old. This came as a huge blow to his aspirations but his undying will to support his family helped him get back on his fast.

After a small break, with his meager savings and some support from his mother, Mr. Pyare Khan bought an auto-rickshaw and ran it on the roads of Nagpur for a while. At the same time, he was associated with the city’s ‘Melody Makers’ group as a keyboard player. He thought to upgrade his job a bit and planned to buy a bus, which will ferry the group to various program venues. He sold his instruments and some other valuables to purchase a bus but this business idea was busted soon.

However, it did not deter him from the path of success. He gained all his lost strength once again and decided to give his career another, bigger shot. He decided to buy a truck and run a business of ferrying goods to places like the North East, and Jammu and Kashmir where other transporters refused to go. Once he figured out his plan, the next step in the plan was to secure a loan to buy the vehicle. This proved out to be a difficult task for Mr. Pyare Khan.

He went to ING Vysya Bank in Nagpur to take the loan but the then branch manager Mr. Bhushan Bais wasn’t much convinced to pass the funds due to lack of substantial collateral. But Mr. Khan did not give up and with his confidence and futuristic vision impressed Mr. Bais, who agreed to give him a loan of Rs. 11 lakhs. Mr. Pyare Khan did not disappoint him and paid back the whole amount to the bank at least two years before the stipulated date. This gritty and determined nature of Mr. Pyare Khan impressed Mr. Bais so much that years later he agreed to work under him as Ashmi’s Head of Finance. Mr. Bais is very fond of Mr. Pyare Khan and is a self-admitted fan of his work ethics and commitment to his job.

FINDING HIS OWN NICHE

It was the year 2004 when Mr. Pyare Khan bought his first truck and laid the foundation of what today is one of the biggest transportation businesses in the country. Brick-by-brick, he turned his aspiration into an exemplary feat. In 2019, Mr. Pyare Khan had a fleet of 125 trucks, which he owns, and a hiring capacity of 3000 trucks a day to move steel and power infrastructure across India and abroad. His fleet of trucks includes beasts from some of the widely known brands, including Tata Motors and Ashok Leyland, ferrying steel and power infrastructure materials for some prominent organizations including KEC International, JSW Steel, Tata, and SAIL. Within India, he has ten branch offices and an employee strength of about five hundred people.

His successful venture also became a case study for IIM-A students after he won the young transport entrepreneurs competition organized jointly by the institution and Mahindra Truck and Buses. He competed with 17 other contestants, two of whom were invited from the USA. He was very apprehensive to participate in the competition because of his low educational qualifications. He had no idea what an IIM was and participated reluctantly. While the fellow participants presented their ideas using modern technology and in English, Mr. Khan spoke in Hindi. He was surprised to the core when he was announced as the winner.

Mr. Pyare Khan’s dedication to work is as such that he constantly keeps evolving his business style. He recently appeared for his class 10 examinations and successfully cleared them as he had to obtain the permission to start two fuel stations at Vihirgaon and Kalmeshwar.

Mr. Pyare Khan is now willing to expand the footprint of Ashmi’s business to newer horizons. He is planning to further increase his fleet size and also expand his branch offices to 10 more cities in the coming months. He is also very excited to add more jobs in the sector and is glad that he can create a lucrative way to tackle India’s unemployment woes.