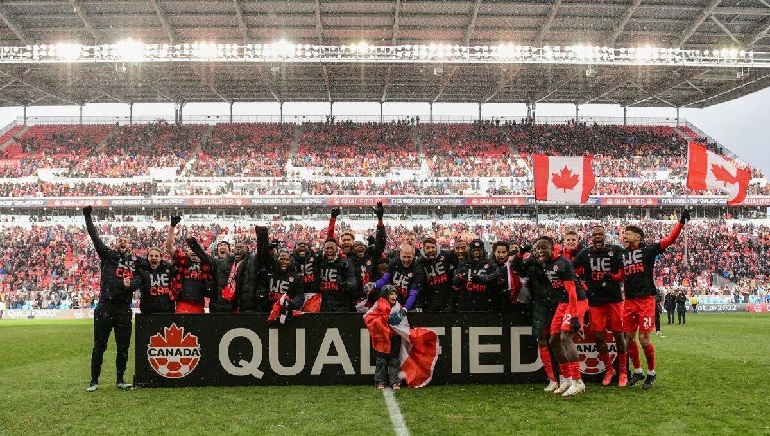 The Canadian football team changed history by qualifying for the 2022 FIFA World Cup in Qatar. It literally took the entire world to help the nation as 22 players out of 25 are immigrants or are born to parents who moved to Canada.

The country got selected for the second time in the World Cup in spite of being ranked outside the top 100 of the FIFA rankings. Despite the near-freezing weather conditions, the entire country of Canada rallied behind the team that thrashed Jamaica 4-0 at home on March 27th, demonstrating why this team is so dear to the Canadians.

These men come from different backgrounds, different countries, and have different religious beliefs. Over the last 4 years, they have worked together to achieve glory as of the Canadian Men’s Soccer team, leading the country to their 2nd World Cup appearance.

When France won the World Cup in 2018, Didier Deschamps’ team was acclaimed as the team that championed the cause of immigrants, with 15 players from Africa in the squad.

Immigration has long been a major aspect of Canadian foreign policy, as the country’s economy is strongly reliant on people seeking new possibilities. But it isn’t simply government legislation that is causing this massive shift in mindset.