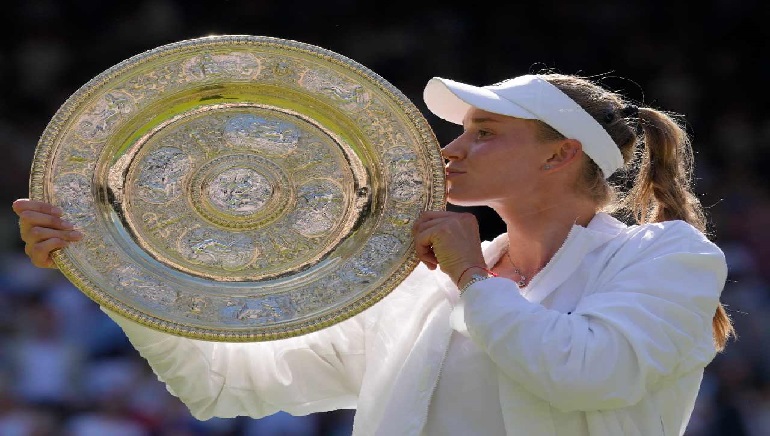 At age 23-year-old Elena Rybakia from Kazakhstan became the first player representing the Central Asian nation to win a Grand Slam singles title. She defeated Ons Jabeur from Tunisia by 3-6, 6-2, 6-2 in the Wimbledon finals on July 9.

Born in Moscow, Rybakina is the youngest woman to win the Wimbledon title since 2011, when Petra Kvitova of the Czech Republic broke the record first. Rybakina would not have been permitted to play at this year’s Wimbledon if she hadn’t switched allegiances from Russia to Kazakhstan four years ago. Her win at Wimbledon was the first by a woman ranked outside of the WTA’s top 20 since Venus Williams in 2007. She is currently ranked No. 23.

Due to conflicts between Ukraine and Russia, players from Russia and Belarus are banned from taking part in the Wimbledon tournament this year.

Her appointment, Jabeur, also created history by becoming the first Arab woman to be selected in the Grand Slam tournament finals. In the one-hour, forty-three-minute match, No. 3 seed Jabeur defeated Maria by a score of 6-2, 3-6, 6-1. Rybakina defeated Simona Halep of Romania in the semi-finals of the tournament.