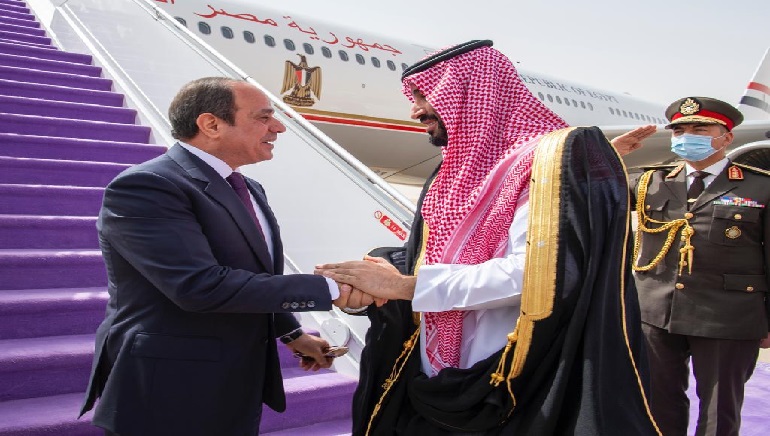 King Salman later hosted the president at the Al-Yamamah Palace where a luncheon was held in his honor. The King praised bilateral relations and Egypt’s pivotal role in maintaining security and stability in the Arab world along with its unremitting efforts to support Arab Gulf countries including Saudi Arabia.

The bilateral relations, regional and international developments were also discussed between Prince Mohamed and El-Sisi during the meeting post in which Prince took the president on a tour of Driryah’s historic At-Turaif district.

According to the Saudi ambassador to Egypt, Osama Nugali, the visit occurred within the context of continued consultations and the growing relationship between the two countries. The Egyptian spokesman Bassam Rady, the meeting between the president and the king included delegations from both nations in their talks.

A large number of agreements, memorandum of understanding, and protocols between the nation will provide with strategic dimension to the historic and religious, and Arab dimensions.

Meanwhile, the depth and strength of these nations have translated into frequent visits and uninterrupted contact among the officials.