Slovenia Gets First Female President in a Run-Off Vote 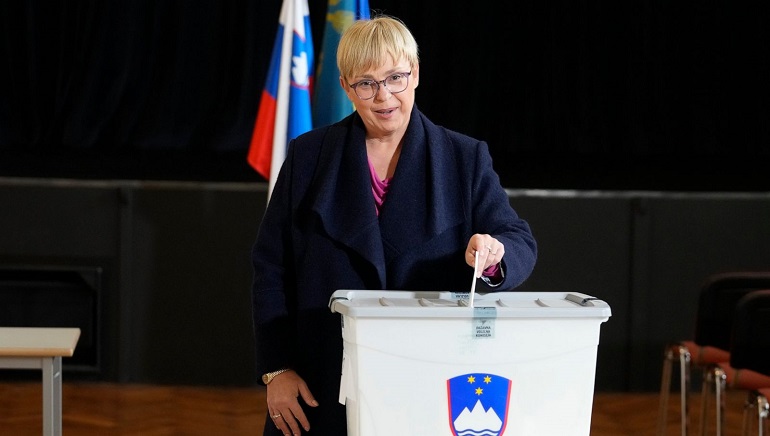 Slovenia Gets First Female President in a Run-Off Vote

Liberal rights advocate Natasa Pirc Musar has won a run-off vote to become Slovenia’s first female president since the country became independent after the break-up of Yugoslavia in 1991.

Since no candidate won an outright majority in the first round of the Slovenian election on October 23, a run-off was held on November 13 between conservative candidate Anže Logar and lawyer Natasa Pirc Musar. With nearly all of the votes counted, Pirc Musar led Slovenia’s conservative former Foreign Minister Anze Logar by 54 percent to 46 percent.

A prominent lawyer, Pirc Musar, 54, had represented former US First Lady Melania Trump in copyright and other cases in her native country, Slovenia. Musar trailed Logar in the first round of voting two weeks ago. But since none of the seven contenders who competed in the first round managed to gather more than 50 percent support to claim victory, Logar and Pirc Musar went to a run-off.

Pirc Musar will succeed President Borut Pahor, a centrist politician who has served two terms. Her election is seen as a boost to the country’s liberal bloc after the centre-left coalition’s victory in Slovenia’s parliamentary election in April.