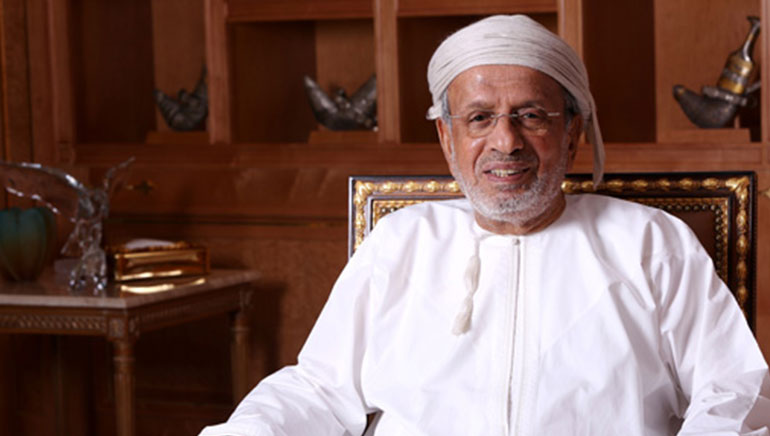 “Bahwan would drop by fellow shop owners, introducing himself & trying to sniff out opportunities. He attended gatherings & befriended government officials, building a list of contacts”

From humble beginnings, Suhail Bahwan became a billionaire in Oman, as he first went into business with his brother Saud in 1965, selling fishing nets and building materials, before scoring the Toyota dealership in 1975, and then became the Founder and Chairman of Suhail Bahwan Group, one of the largest conglomerates in Oman

Bahwan was born in Sur, a small seaport along a barren stretch of coast one hundred miles southeast of Muscat. It’s near where the Strait of Hormuz widens into the Indian Ocean, which made it for centuries a convenient waypoint for ships sailing between India, Iraq, Zanzibar and beyond.

Bahwan was born into a large family, and along with his brother, he used to accompany his father on sailing trips to sell dried dates and fish in exchange for rice, sugar and other sundries.

Bahwan attended primary school in India, but dropped out after sixth grade. His father put him in charge of a dhow. On voyages, he haggled with merchants from different corners of the world, picking up early lessons in spotting good deals.

Bahwan never made  much  money  as  a trader in Sur, but he was creative, and most importantly, business was  in  his blood. He took loans from Indian merchants, which he used to buy gold that he would then sell in Oman. Still, after paying back lenders, profit margins were slim. By the 1960s, he often made the sea voyage from Sur to Muscat,  where there were more opportunities to sell his wares. In 1965, Bahwan and his brother decided to move to the capital permanently. They  opened  a  shop  in  the labyrinthine Muttrah Souq, selling fishing nets and later building materials and tools.

The  brothers  immersed  themselves   in Muscat’s small business community. Suhail Bahwan would drop by fellow shop owners and businesses around town, introducing himself and trying to sniff  out opportunities. He attended social gatherings and befriended government officials, building a list of contacts. His efforts would serve him well.

However, in 2002, he split with his brother, who kept the Toyota dealership and passed it along after his death to his son Mohammed.

Not content with fishing nets, the Bahwans were  eager  to  obtain  foreign licenses. It was with Japanese watchmaker Seiko that they scored their first major license in 1968, followed by electronics maker Toshiba. It proved to be a very good timing, and Bahwans were quite successful in their business endeavours.

In 1970, Sultan Qaboos ousted his father in a coup. Once in power, the new ruler opened Oman to the outside world, initiating a program of  modernization and economic liberalization, which created demand for consumer goods and industrial projects.

Another Japanese  company,  Toyota,  was looking for partners in the Gulf, an opportunity too good to pass up for the brothers. They were not the only ones competing for the tender. But royal intervention helped seal the deal for the Bahwans and they got the coveted license in 1975. That year ships began offloading brand new Toyotas on the quays of  Muscat. Within three years, they became the automotive market leaders in Oman. The Bahwan brothers had wind in their sails. Suhail Bahwan however dedicates  his success to his over 15,000 employees and most importantly, his customers.