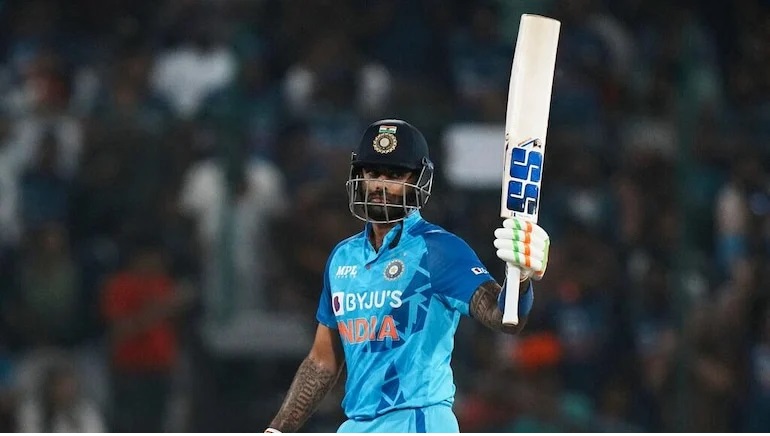 Suryakumar Yadav became the first batsman in the history of cricket to hit 50 sixes in the shortest format of the game in a single calendar year.

He reached this milestone during the second T20I match against South Africa at Guwahati.

Now Suryakumar has amassed 50 sixes in the 2022 calendar year. Pakistan’s wicketkeeper-batsman Mohammad Rizwan, who had hit 42 sixes last year, is his closest rival. New Zealand’s experienced opener Martin Guptill is at the third, with 41 sixes during the previous calendar year.

Coming to the match, Proteas won the toss and made India bat first. India scored an enormous 237/3 in their 20 overs. Sensational knocks from KL Rahul (57 off 28 balls), Suryakumar Yadav (61 off 22 balls), and Virat Kohli (49* off 28 balls) helped the Men in blue gather so many runs.

Spinner Keshav Maharaj was the only bowler who gave a tough time to the Indian batters, taking 2/23 in his four overs.

Miller scored a brilliant century, 106* in just 47 balls, while de Kock scored 69* off 48 balls, but South Africa eventually lost by 16 runs. The final T20I will be played on Tuesday at Holkar Cricket Stadium in Indore.