Taliban assures China of no terrorist operation from Afghanistan 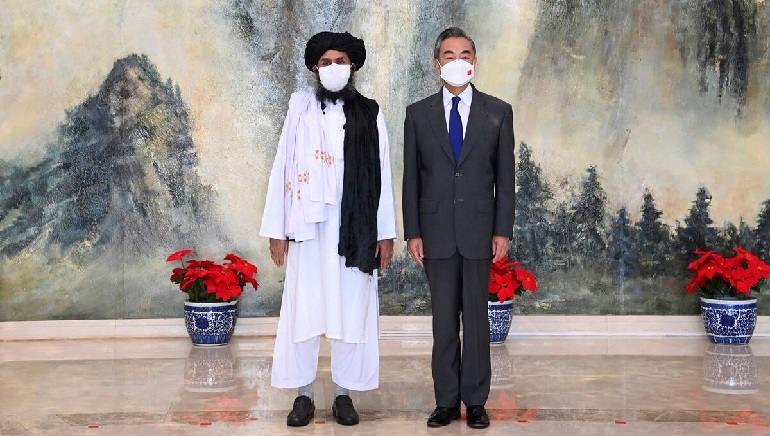 Taliban assures China of no terrorist operation from Afghanistan

The first meeting between China and the Taliban was held on Wednesday amid the withdrawal of US and NATO forces from Afghanistan. Taliban’s delegation led by Mullah Abdul Ghani Baradar had an unplanned visit to China and had talks with Chinese Foreign Minister Wang Yi.

Ghani termed Beijing as a “trustworthy friend” and assured China that they will not permit anyone to use Afghanistan’s territory for terrorist operations. The meeting was confirmed by the Chinese Foreign Ministry spokesman Zhao Lijian and briefed media about the delegation led by Baradar who met Mr. Wang at the port city Tianjin located close to Beijing. The meeting’s brief was followed by posting the photo of Mr. Wang with Baradar and his delegation.

The visit followed days after Pakistan and China announced plans to launch “joint action” in Afghanistan to drive out terrorist forces. On July 25, the talks were carried out between Mr. Wang and Pakistan’s Foreign Minister Mr. Shah Mahmood Qureshi at Chengdu in China.

Mr. Wang expressed hope for the Taliban to draw a clear line between themselves and the East Turkestan Islamic Movement (ETIM). Mr. Wang further added that ETIM is a listed terrorist organization that threatens territorial integrity and the common cause of the international community is to fight ETIM. Baradar said he would like to have friendly ties with its neighbors to ensure the environment for income investment and make efforts for a better future.