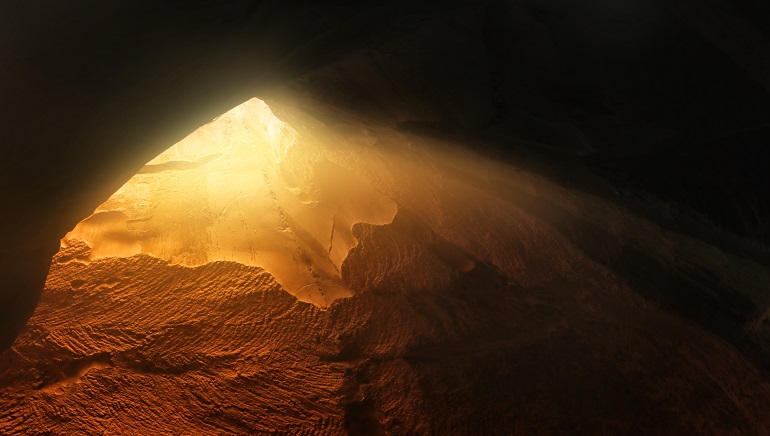 “Increase our faith!’. The Lord replied: “If you have faith as small as a mustard seed, you can say to this mulberry tree, ‘Be uprooted and planted in the sea,’ and it will obey you.” Luke 17, 6 From the Gospels, on a flying carpet, I travel through time and space to Baghdad; an Arab Baghdad named Agraba; here there is a boy whose memory has crossed seas and mountains, time and space: Aladdin. He owns a lamp, and has 3 wishes available to him which are not bound by any limit – except the formula with which they must be pronounced: ‘I want …’

Continuing on my spacetime journey, I arrive at the Italian winter of 2018; it was morning, and, having breakfast with a friend for the first time, I came in contact with the ‘101 wish’ theory.

A technique that immediately resonated with the Iraqi’s story of the young thief and his genius.

I would need two notebooks – one for the final draft and one for the preliminary version – and a lot of patience to write 150 wishes according to the following 10 rules:

So, after writing 150 wishes, I should have selected 101 and copied them in the second notebook, leaving some space so that if they had become reality, I could have replaced them with the 49 that I had left out in the final draft.

The last instruction was to read them in full once a day for 365 days: I would have to devote an average of 5-7 minutes to this reading daily.

Somehow, and honestly, although that technique had piqued a part of my curiosity, I didn’t have the courage to put it into practice at that time. The reasons for this were apparently clear: having spent so many years in contact with the Tibetan community, and being a ractitioner of the rules of Buddhism, this technique seemed to break with teachings that until then I had thought, in the presumption of my ignorance that I had understood.

I saw desire as a problem because the act that involved it set in motion a self-feeding mechanism: as if it was salt water.

So, for a year I decided to forget about it.

As often happens, however, what affects us is what must be – to help us grow on our path. Consciously I had forgotten that Italian theologian who exposed this thesis on the phone screen, but unconsciously I had kept his words with me, and slowly, in the dark of my ‘Self’ I worked out this limit in my understanding, fought between the obstinacy of not scratching my conviction and my inability to surrender to this abysmal difference between the two beliefs. I, a ferocious follower of the wonder of seeing similarities in different cultures, could not accept such a sharp discrepancy of concept between the old Asia and New Europe.

Another morning, this time Indian and hot, I took back those readings that speak of the Buddha and his middle way. I saw the limits that I had imposed on myself, I saw the blindness created by the fear of taking a step further, I saw the blocks that told me why I had created these boulders, believing them external and, I understood that those desires that I did not pronounce (thinking they would hurt me) were actually a shadow guardian who didn’t want me to cross my borders.

If I had carefully examined my emotions, I would have discovered that, like musical notes, they have various harmonics: just as anger has a clear aspect, desire has a component of bliss that is distinct from craving.

If I had known how to distinguish these aspects, it would have become possible to experience a happy mental state without being influenced by the illusory aspect of the grip. I would have realized that emotions are not inherently afflictive, but only become emotional when we identify with them and grasp them.

How could I really believe for all these years that the middle way philosophy was an exclusive and non-inclusive philosophy?

So, I saw that the path of happiness refused both the imprisonment from compulsion to realize desires and also their repression. Buddhism did not advocate the suppression of all desires, but was rather offering me the means to obtain freedom from afflictive emotions. Like other emotions, desire could be constructively experienced; it could be the vortex that destroys life and the catalyst for it.

It was March 2019 when, absorbing this new understanding, I returned for a few days to the Himalayan heights of Dharamsala and I took the courage to, in front of the boundlessness of the valley, overcome my fears and start thinking about my desires.

The landscape opened up in front of me and the more I stared at it, the more it seemed to allow me to see beyond that limit of the horizon. The further I saw, the more the blank sheet asked me if what I wanted was just what I was starting to list.

“Don’t get blocked”, it whispered, “but scrutinize, think, concentrate and want”. The more I did it, the more I understood that that technique, as happened to my eyes when they were lost in the horizon, allowed me to take a step further, inside myself.

It was not a mere list of things coveted, but rather it was a way out of the world I knew, it was a path that led me to detach myself from the known and to expand; that place where a new part of me opened up and allowed me to think differently. It was a growth.

I entered another path that led to the same goal I had previously aspired to, while teaching me that the different methods of getting rid of destructive emotions were like keys – it didn’t matter if a key was made of iron, silver or gold, as long as it opened the door to freedom.

In this new perspective, desire no longer came close to the idea of craving but, relying on the Latin meaning, took the meaning of “lack of stars”; “perceiving the lack of the stars”, of those good omens, of good wishes and therefore – by extension – also assumed the meaning of a lack and, consequently, a feeling of passionate research.

I, then, went back to that enchanted place in the mists of time. I closed my eyes and, looking closely at Aladdin, I did not see the genius with the naked torso, with the waist belt and golden bracelets on his wrists. He was no longer present externally: he was there, but he had been incorporated into Aladdin himself – the wish-taker had become a part of the disjointed boy who had now matured, had grown up.

Aladdin had discovered more of himself: by explaining his inner currents, having decided to show the infinite meanders of himself, with courage, resourcefulness, abundance, having accepted himself simply for what he was, he had broken the chains of fear, he had become great.

In short, the New Christian Testament, that fairy tale of One Thousand And One Nights and Tibetan Buddhism, reinserted in the here and now, were not and are not out of tone but, they take each other by the hand and offer us a new way to expand and discover parts of ourselves. I, thanks to this union, made peace with the limits I had inside; I grew up and overcame the fears that have gripped me for years.

I hope that you too will be able to travel those deepest and most feared steppes of yours, because they are new and creative. I wish you to rediscover that magic lamp, not only to obtain concretely what you have in your heart but also to understand what your heart contains, reminding you that if a desire is within you it is a premonition of the next stage of your being.

A wish that smells of the Iraqi desert, of the incense from the ‘altar of the world’, which is enveloped in the mystery of the Gospel and which becomes magic because it is possible in the present of this life. A wish from a life that has given me many desires of my heart, and continues to give them to me. 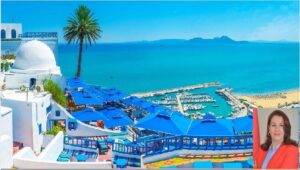