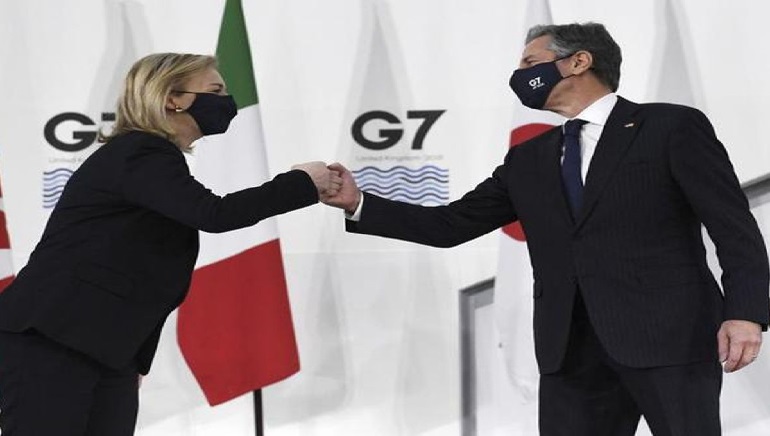 When G7 foreign ministers met in Britain on Saturday, Russian sabre-rattling against Ukraine and assertive China were top of the agenda. The two-day gathering of top diplomats from the world’s richest nations in Liverpool is the last in-person gathering of Britain’s G7 presidency, before it hands over the baton to Germany.

British Foreign Minister Liz Truss said that the world needs to come together to stand up to aggressors who are seeking to limit the bounds of freedom and democracy. However, she did not mention any specific countries.

Discussions at the meeting were focused on Russia’s build-up of troops on Ukraine’s border, confronting China and addressing the crisis in military-ruled Myanmar.

Truss held talks on the sidelines of the summit on Friday with US Secretary of State Antony Blinken as well as Germany’s new Foreign Minister Annalena Baerbock.

Ministers from the Association of Southeast Asian Nations (ASEAN) joined the G7 summit for the first time ever on Sunday.  Some of the countries took part in the summit virtually due to the pandemic. This includes India.

Truss said before the meeting that she wanted deeper ties between G7 nations in trade, investment, technology and security so that they can defend and advance freedom and democracy across the world.