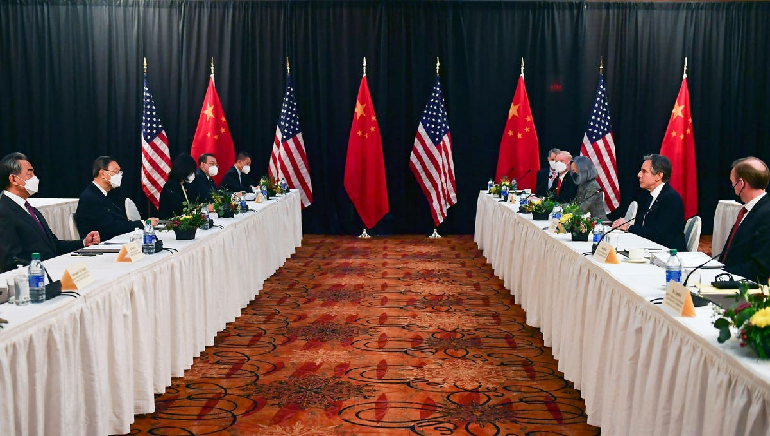 The latest senior-level meeting between the United State and China saw a war of words to set the narrative. The Deputy Secretary of State Wendy Sherman met Foreign Minister Wang Yi and other officials in Tianjin, China.

Zhao Linjian, spokesperson of the Chinese foreign minister said Chinese officials demanded the US to immediately stop interfering in China’s internal affairs and stop harming China’s interest and stepping on the red line and warned them to stop playing with the fire. The US and China were trying to gain an advantage to manage the world’s most important bilateral relationship and set the stage for first leaders meeting President Joe Biden and Chinese President Xi Jinping at the G7 summit in October.

The state department painted Beijing as an international outlier that is subverting international norms and listed China’s genocide in Xinjiang and its refusal to cooperate with an international investigation into the origins of the coronavirus. Beijing officials described the talks as in-depth and frank where he responded with a torrent of condemnation and expressed strong dissatisfaction with Washington’s extremely dangerous China policy. They further accused it of hypocrisy on human rights.

The Deputy Secretary at the same time affirmed the importance of cooperation in areas of the climate crisis, counternarcotics, nonproliferation, and regional concerns including North Korea, Iran, Afghanistan, and Burma.