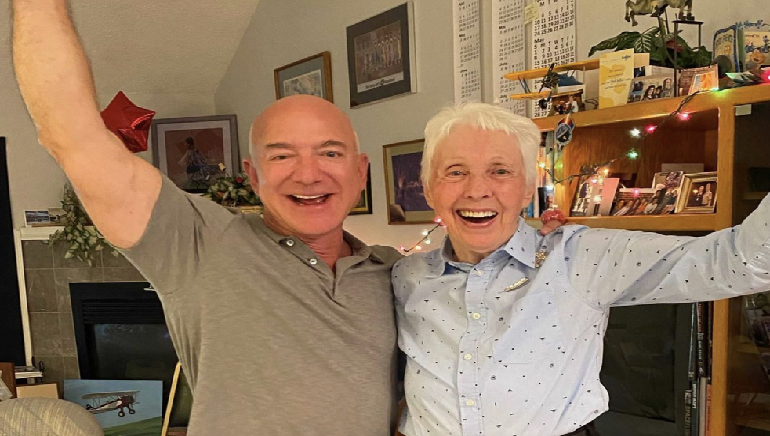 Wally Funk has been the world’s oldest woman to travel into space, 60 years after being denied the privilege.

For Funk, it was all about achieving one goal: being one of the first female astronauts. Notwithstanding being under the age of 24, the aviation genius got a break in 1961 when she became the youngest of the Mercury 13 women. This was a group of women who completed testing to prove that women could compete for NASA’s astronaut corps.

At a time when women were deliberately prohibited from many aspects of life, she got the top aeronautics ratings in college, became a professionally certified pilot, and was the first female civilian flight teacher at a U.S. military facility.

Funk’s dreams of flying into space were never realized since she was a woman. However, Funk, 82, traveled to the edge of space with Amazon founder Jeff Bezos aboard a rocket and capsule designed by his personal spaceflight business, Blue Origin.

Funk, who is accustomed to making history, became the oldest astronaut in history when she appeared from the ship after landing with a broad grin and arms outstretched, a look of sheer joy on her face.