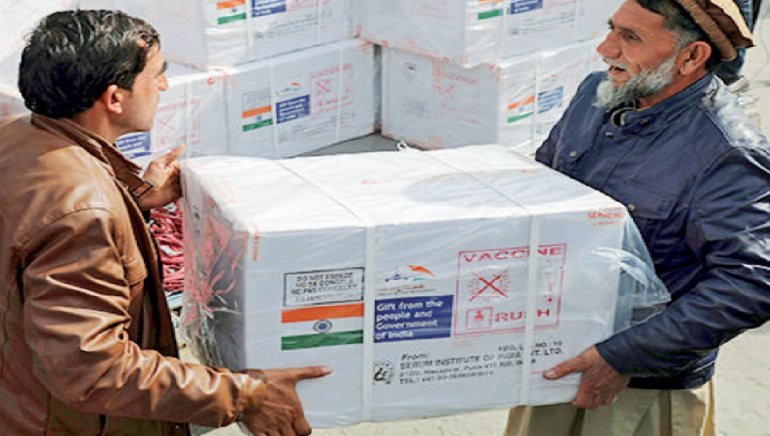 On Jan 8, during a telephonic conversation between Indian Foreign Minister S Jaishankar and his counterpart Iran’s Amir-Abdollahian, a partnership offer was made. Both nations agreed to supply humanitarian aid to Afghanistan that will include wheat, the COVID vaccines, and medicines.

Various bilateral regional and international concerns were discussed by Abdollahian and Jaishankar including Afghanistan’s current situation. The importance of forming an inclusive administration in Afghanistan was emphasized during the call. Iran’s Chabahar port usage was also discussed where India operates a major terminal.

India wishes to supply aid to Afghanistan through Iran’s Chabahar port that is located in the Sistan-Balochistan province on Iran’s southern coast. After the Taliban’s takeover of Afghanistan, non-humanitarian financing was frozen by the major donors. This caused a severe economic crisis which exacerbated the humanitarian disaster.

Pakistan has created obstacles for the Indian government to transport 50,000 tonnes of wheat to Afghanistan which is currently experiencing a severe humanitarian crisis. On Dec 11, India donated 1.6 tonnes of medications to Kabul through the special charter plane. On Jan 7, two tonnes of life-saving medicines were also transported by India via Dubai.

Currently having no direct flights between India and Afghanistan, on January 1, the Indian government provided 50,000 doses of the Covid-19 vaccine via Tehran.