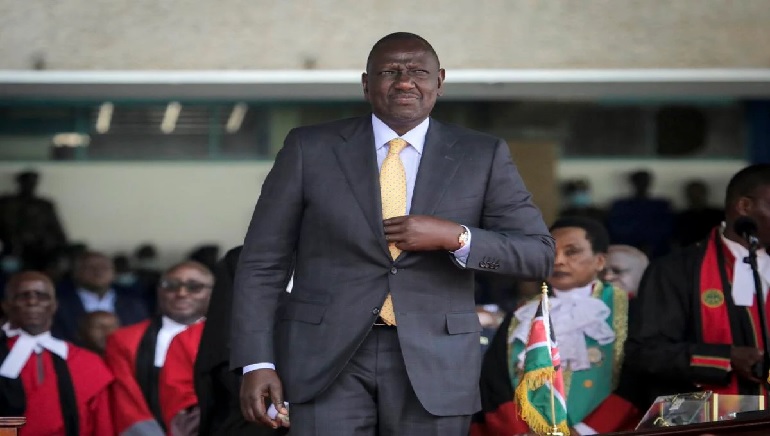 President William Ruto pledged to phase out fossil fuels for electricity by 2030 and said climate change would be a key element of the government’s plan.

On Tuesday, at Nairobi’s Moi International Sports Complex, President Ruto said, “Our country suffers the consequences of climate emergency.” “It is imperative that we reduce global warming to 1.5 degrees Celsius, help those in need, and end fossil fuel addiction,” he concluded, echoing the call by the Secretary-General of the United Nations to reduce the world’s reliance on fossil fuels.

President Ruto pledged to implement a full and just transition to electricity that is exclusively generated by solar, wind, and geothermal energy by 2030 that will benefit all communities, based on revised climate change commitments submitted to the United Nations, known as nationally determined contributions.

Mr Ruto said, “Kenya is on its way to embracing clean energy as part of its transition to job creation, economic development, and sustainable industrialization.”

According to Evans Mukolwe, Kenya’s former meteorological department head, the move, although welcome, might have a too short deadline given the current devastating drought in Africa. According to him, the President’s new goal may not be achieved without deliberate efforts to increase geothermal and solar power.