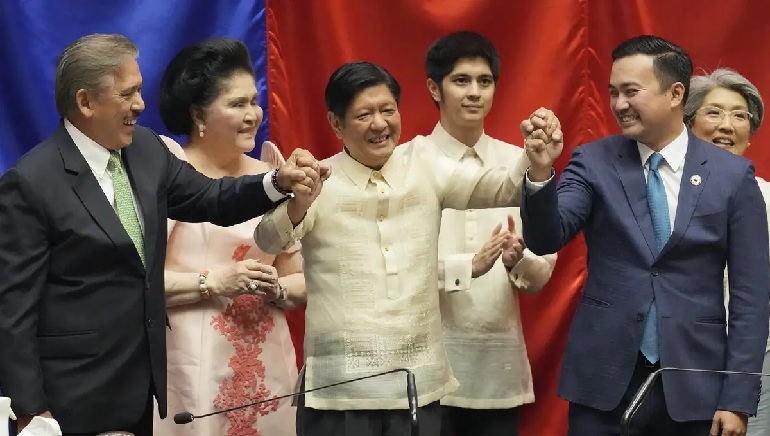 On Wednesday, Ferdinand Marcos Jr. was proclaimed as the next president of the Philippines with a huge win with 31 million votes. The joint session of Congress voted for him after 36 years in which his father was ousted from power in a pro-democracy uprising.

Additionally, both the Senate and House of Representatives declared that his separate vice presidential candidate, Sara Duterte, who is the daughter of outgoing President Rodrigo Duterte, who will leave office on June 30, had also won by a wide margin with 32 million votes.

Marcos Jr. said, “I am humbled, I thank our people and beyond that, I promise you that we may not be perfect but will always strive to perfection”.

Despite the Covid-19 lockdowns, crushing poverty, gaping inequality, Muslim and communist insurgencies, crime, and political divisions further triggered by the May 9 election, the new administration will face challenging tasks.

A 64-year-old former governor, congressman, and senator, Marcos Jr. refused to admit or apologize for massive violations of human rights and plundering that occurred under his father’s rule and has defended the legacy of his father.