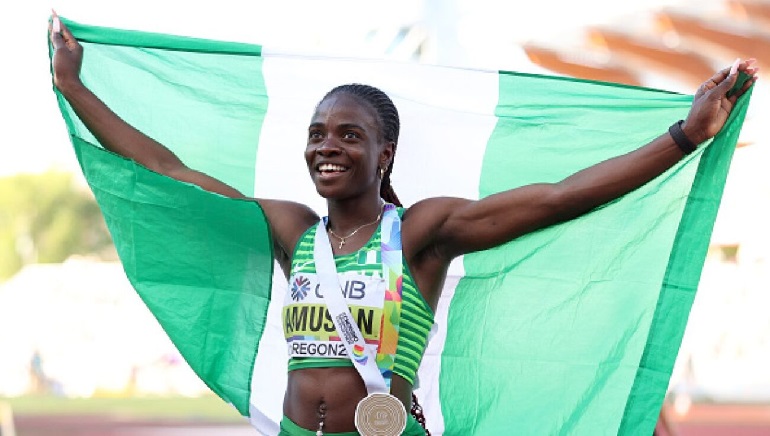 Nigerian Tobi Amusan won gold in the 100 meters hurdles final at the World Championships held in Eugene, United States, becoming the first sportsperson from her country to bag gold at such an event.

On Sunday, the 25-year-old clocked 12.12 seconds in the semi-final at Hayward Field, which was initially announced as a world record but was later ruled out, as the wind speed surpassed the legal limit.

In the final, she made a slow start but recovered to give a perfect performance over the barriers, 0.17 seconds clear of Jamaican silver medallist Britany Anderson.

“The goal was to come out and to win this gold,” said Amusan. “I believe in my abilities, but I was not expecting a world record at these championships. You know, the goal is always just to execute well and get the win. So the world record is a bonus.”

Anderson told reporters she was happy with her performance, despite facing a few obstacles.

Meanwhile, US Olympic silver medallist Kendra Harrison, whose 2016 record was broken by Amusan in the semi-final, was disqualified.