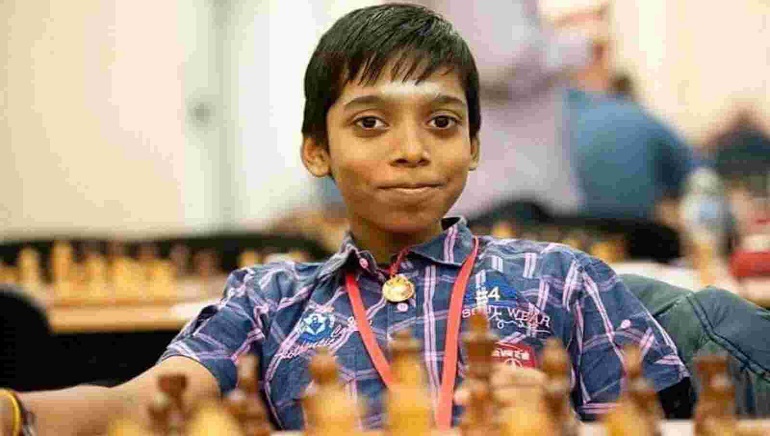 Indian chess master, R Praggnanandhaa defeated world champion Magnus Carlsen in the final round of the FTX Crypto Cup in Miami, on Monday morning. However, the 17-year-old chess player stood the second position in the international chess championship since Carlsen had a better score based on previous games.

At the end of the regulation game, the score was tied 2-2 but Praggnanandhaa defeated Carlsen in the blitz tie-break.

Praggnanandhaa earned a name after defeating world champion Carlsen in an online chess match in February. Carlsen lost to Praggnanandhaa, who was only 16 then at the Airthings Masters’ rapid chess competition. Also, Praggnanandhaa defeated Carlsen at the Chessable Masters online rapid chess tournament in May this year. The Indian earned the reputation of becoming the youngest international chess master in history at the age of 10.

Praggnanandhaa’s performance in the FTX crypto cup was brilliant. His winning streak began after he defeated his opponent in the first game. The FTX Crypto Cup is a live chess championship event in Miami for the 2022 season of the annual chess circuit, the Meltwater Champions Chess Tour. FTX crypto exchange is the organiser of the event. The prize money for each match victory is $7,500, and each match is played over four rapid games, with blitz tie-breaks if there is a 2-2 draw.