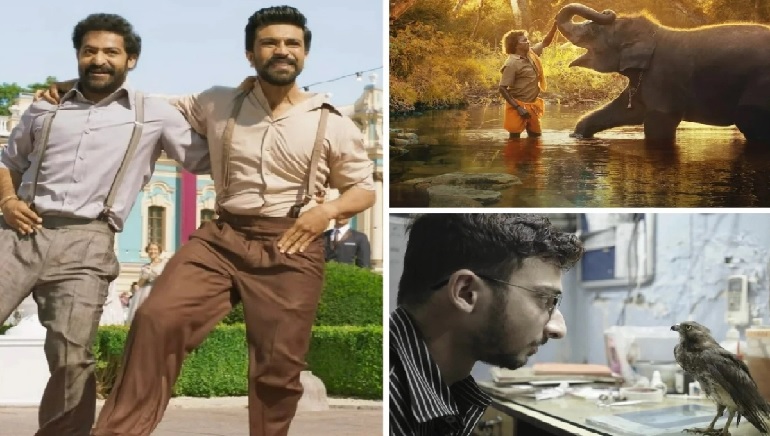 Four entries from India – Gujarati film Chhello Show for best international film, popular Telugu song Naatu Naatu, from blockbuster film, RRR, for the music (original song) categories, All That Breathes for documentary feature shortlist, and The Elephant Whisperers in the documentary short category – made it to the Oscars shortlist announced on Thursday.

Each shortlist has between 10 and 15 contenders. The final nominations for the 95th Academy Awards will be announced on January 24 and the final awards’ ceremony will take place on March 12 in Los Angeles.

The film, Chhello Show (titled Last Film Show in English), directed by Pan Nalin and produced by Siddharth Roy Kapur and Dheer Momaya, is India’s official entry to the Oscars. It is a coming-of-age story of a young boy’s love affair with cinema in a Saurashtra village. Only three Indian films in Oscar history have found mention in the top five of the international film (formerly called foreign language) category: Lagaan (2001), Salaam Bombay! (1988), and Mother India (1957).