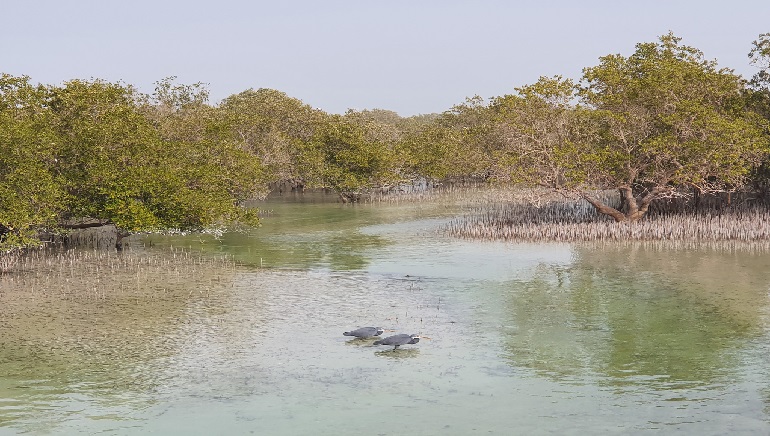 The coastal city of Abu Dhabi is one of the most vulnerable places in the world to the impact of climate change as it is threatened by rising sea levels and researchers suggested that it could be too hot to live in by the end of this century.

The head of Abu Dhabi’s Environment Agency (EAD) Shaika Al Dhaheri said, “Mangroves are the first line of defence for any coastal city”. They are breeding grounds for fish, home to several species of birds and fight to keep the planet’s temperature from rising more than a critical 1.5 degrees above pre-industrial levels.

As per the study done by Abu Dhabi’s government, one hectare of mangrove forest can store nearly 3,754 tons of carbon which is equivalent to taking 2,651 cars off the road for a year. It can store twice as much as the region’s rainforests.

UAE is among the highest CO2 emission per capita in the world.