Afghanistan embassy expressed gratitude to India for 50,000 tonnes of wheat 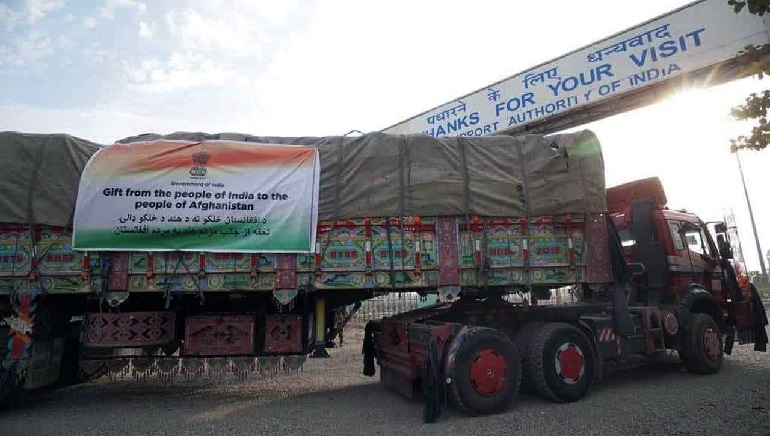 Afghanistan embassy expressed gratitude to India for 50,000 tonnes of wheat

On Tuesday, the Afghanistan embassy in New Delhi expresses gratitude to India for proving the first consignment of humanitarian air of 50,000 tonnes of wheat. India has provided wheat to the war-ravaged country at a time when the nation is facing major food insecurity.

Foreign Minister of India Harsh V Shringla along with Afghan Ambassador Farid Mamundzay and World Food Program Country Director Bishaw Parajuli was present at the ceremony held at Amritsar to flag off the first convey of 50 trucks carrying 25000 MT of wheat assistance from India to Afghanistan via Pakistan.

Afghan embassy said in a statement, “The embassy of the Islamic Republic of Afghanistan in New Delhi expresses its gratitude to the government and people of India for the timely assistance of 50,000 MT of wheat to the people of Afghanistan at a time when the country is facing a major food insecurity”.

In the statement issued, it was said that the remaining amount is expected to be shipped within a month as per the agreement between the government of India and the World Food Program (WEP). WFP will be distributing the wheat within Afghanistan.