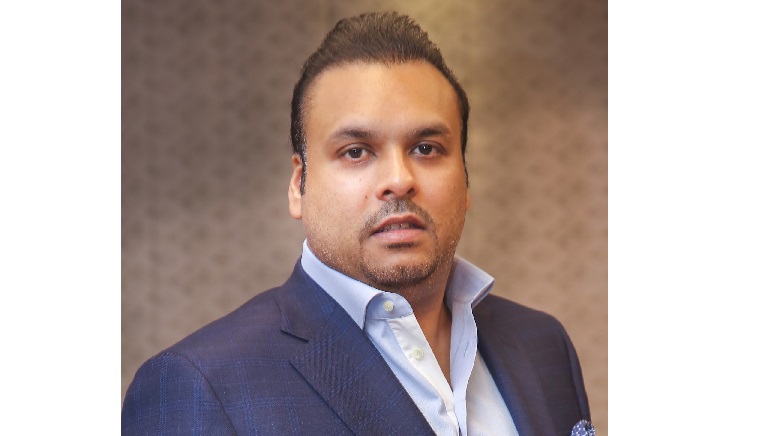 Armed with a Bachelor’s degree in Business Administration with distinction from American University, Washington DC, and an unswerving passion for business, Mr. Rahman has been successfully carrying forward the legacy of excellence established by his father, Mr. Salman F. Rahman, Vice Chairman and Co-Founder of Beximco Group. Currently, he is leading Beximco LPG and Beximco Communications, Bangladesh under the capacity of Chairman and Managing Director.

The premise of every great organization is laid upon a futuristic vision. Great leaders like Mr. Rahman not only nurture a vision but also efficiently align it with the organization’s goals. A visionary to the core, he is consistently bent on working for the growth and evolution of the Group by ushering in new eras of innovation and development. Playing a crucial role as an Advisor to the Board of Directors, Beximco Group, he helps the Group with regard to formulating current business strategies as well as future growth potentials. He has been instrumental in providing support to drive the vision and development of the strategic growth plans across its various business units and has been ensuring that its professional goals and objectives are accomplished.

Mr. Rahman co-founded Beximco LPG, which was established to play a key role in the downstream gas sector in Bangladesh. Under his quintessential leadership, within a few years of its inception, the company has become one of the leaders in the LPG sector operating across the entire value chain from Bulk sourcing and import to operating storage and bottling plants to wholesale distribution and selling to individual retail customers.

Under Mr. Rahman’s able guidance, Beximco LPG is working towards meeting everyone’s basic needs. The brand focuses on not only becoming the premiere LPG provider in the country but also intends to enrich the lives of every LPG user in Bangladesh by ensuring that they enjoy the safest, smartest and most convenient LPG solution always. Thus, protecting the environment and saving the valuable natural resources of the nation.

Mr. Rahman makes sure that at Beximco LPG, customers, employees and environment are always a priority. Continually improving the human resources, customer service, operational excellence, quality and environmental friendliness of LPG solutions are at the core of its values. Under his guidance, the organization is committed to comply with safety, environment and quality standards at all times.

He is contributing to the energy sector of the nation under the capacity of Vice President of LPG Operators Association of Bangladesh (LOAB). He is also the Honorary Consul General of Republic of Kazakhstan in Bangladesh and a member of the Executive Committee of SAARC Youth Chamber. He has been spearheading IFIC Bank Limited as Vice Chairman.

NURTURING A PASSION FOR SPORTS

Considered as an integral part of human life, there is great importance of sports in all spheres of life. Sports are not only an excellent tool to keep the body physically fit but also help to build the character and personality of a person. Renowned for his passion for sports, Mr Rahman is an advocate of promoting sports at the grass roots level in Bangladesh, in particular the national sport of Cricket. No wonder he is the sole owner of the Dhaka Dynamites, a privately owned T20 cricket franchise that plays in the Bangladesh Premier League (BPL). Under his leadership, the Beximco Group acquired the Dhaka Dynamites from the Bangladesh Cricket Board (BCB) in 2015.

As Counselor of Abahani Limited, the largest sporting club in Bangladesh – one of the most successful Bangladeshi clubs with a record 6 top-flight Bangladesh Premier League (BPL) titles, 11 Bangladesh Federation Cup triumphs and 11 Dhaka League trophies to its credit – he is further promoting passion for sports in the nation.

Mr. Rahman considers the act of giving back to society as one of the noblest acts and feels that as an empowered individual it is his moral duty to empower others. He always comes across as an altruistic soul who is dedicated to the welfare of humanity. He has been instrumental in working with various international organizations and is vehemently supporting charities both locally and internationally for the welfare of persons with autism.

In the year 2019, Mr Rahman launched the British Asian Trust, an organization founded by His Royal Highness the Prince of Wales, in Bangladesh. It is a diasporaled international development organization, delivering high-quality programs in South Asia, which specializes in, and champions the use of, social finance products to drive positive change across the region.

In order to have the greatest possible impact on the scale and complexity of the challenges in South Asia, the organization deliberately aims to think differently about the challenges; disrupts the traditional development agenda anding about largescale and long-term changes leading to social welfare, it embraces new social finance tools, philanthropy and technology to deliver significant impact for disadvantaged communities. The Trust has supported 4.8 million people in India, Pakistan, Sri Lanka and Bangladesh, till date.

As Chairman, Advisory Committee for Bangladesh, Mr Rahman has been helping British Asian Trust in its mission is to work alongside NGOs, philanthropists and investors to invest in the country’s social development. He is vehemently helping to foster its key objectives to tackle poverty, and work primarily in the fields of education, livelihoods, anti-trafficking and mental health.