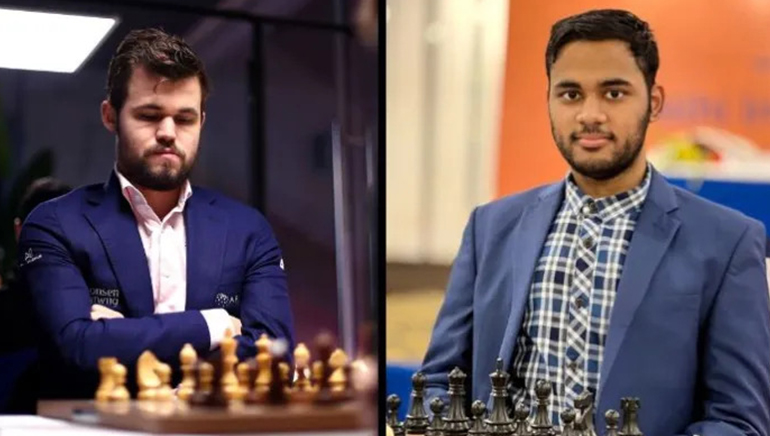 The 19-year-old Arjun Erigaisi, an Indian grandmaster, beat the world champion, Magnus Carlsen, in the Aimchess Rapid preliminary round on Sunday.

He is currently ranked fifth after eight rounds after losing to compatriot Vidit Santosh Gujrathi. Early on Sunday, the Indian won his first match over world champion Carlsen in the seventh round. After beating Nils Grandelius (Sweden), Daniel Naroditsky (USA) and Carlsen, Erigaisi drew with Jan-Krzysztof Duda (Poland).

He said, “It felt really good. I was really happy with the game.”

Currently, he has 15 points and claims fifth place behind Uzbekistan’s Nodirbek Abdusattorov (17 points), Shahkriyar Mamedyarov (Azerbaijan), Carlsen (both 16) and Duda (15).

The Julius Baer Generation Cup online tournament was won by Carlsen last month. Erigaisi lost to him in the final. As a result of his 54-move win over the world champion, he was able to bounce back after a slow start to the event. Carlsen has not been at his best so far, having suffered two defeats (to Mamedyarov and Erigaisi) and escaped with a draw against young Indian GM Mittal in round four.