World Bank offers to take India’s digitization to the rest of the world: Sitharaman 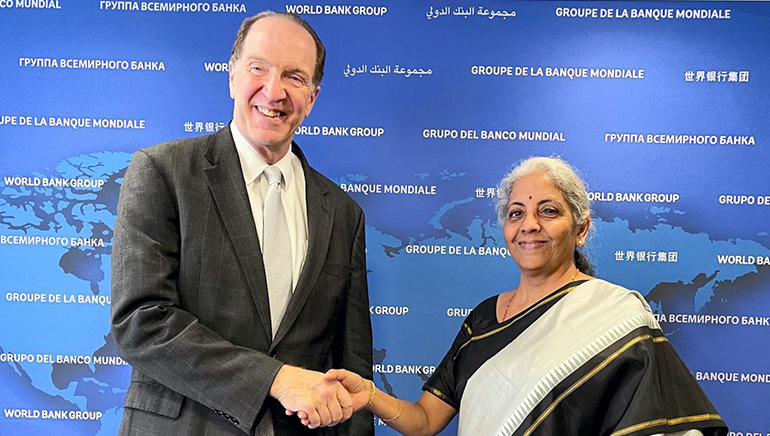 World Bank offers to take India’s digitization to the rest of the world: Sitharaman

World Bank President David Malpass has expressed his interest to work with India to take its successful digitization efforts to other countries so that they can also reap benefits from it, Finance Minister Nirmala Sitharaman has said.

Sitharam, who was in Washington to attend the annual meetings of the International Monetary Fund and the World Bank, spoke about this to Indian reporters on Saturday during a press conference. Sitharaman said India was requested to exhibit how Indian people have recognized the intense digital applications.

“In fact, today, in my meeting with the World Bank President David Malpass, he said that you should now showcase the deepening of digital applications in India and how common people have accepted it, Sitharaman said after she met Malpass at the World Bank headquarters.

Referring to her meetings on the sidelines of the annual meetings of the IMF and the World Bank, she said India received a lot of appreciation for its digitization success.

“There’s certainly a lot of appreciation. In fact, with a sense of amazement that India could do it in such a short period, its digital applications which have been successful, how people have adapted to it. And the way in which across the board, now digital is panned out, it’s not just payment, it is also health, it’s also education, it’s also looking at health-related vaccinationCOVIN and so on, “, she said.