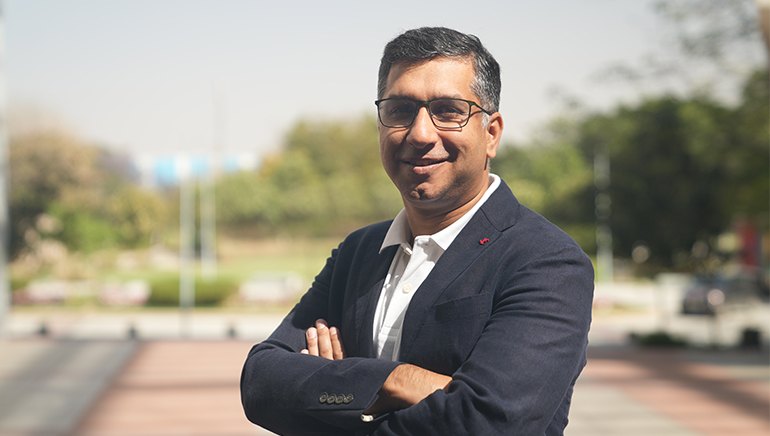 The educational and training ecosystem in India has been greatly impacted by Akshay’s initiatives since 2008. He was the Director of Hero Mindmine – the professional skills development venture of the Hero Group – before founding BML Munjal University in 2014 and Hero Vired in 2021. The determined leader has been instrumental in the conception, design, and execution of both education ventures. His stint at Hero Mindmine gave Akshay an inside look at the challenges faced by students in the higher education sector and the difficulties they face in finding meaningful jobs. Both BML Munjal University and Hero Vired were born out of the insight of sharing a common goal of providing a unique, customized, world-class educational experience that places a strong emphasis on measurable outcomes, experience, application, employability, and improving employee productivity.

Akshay graduated from the University of Bradford (UK) with a B.Sc. (Hons.) in Management Studies. He also holds an MBA in Finance from Pepperdine University, California. The dynamic leader started his career at Accenture in New Delhi. During his career at Accenture, he was part of the team responsible for designing the IT infrastructure for Delhi Metro and witnessed the inaugural trip of Delhi’s first metro train. Akshay has tried to acquire diverse experiences in diverse business domains, working for companies such as Nestle and American Honda Motors. Akshay has also worked in equity research at Merrill Lynch, New York.

A critical thinker, Akshay founded Hero Vired with the sole purpose of providing learners with skills that will prepare them for careers in Industry 4.1. Through this initiative, the EdTech startup is also actively fulfilling the government’s vision of a self-sufficient India. Akshay intends to empower learners with knowledge, skills, and expertise through an engaging and holistic experience that closely matches industry needs. In India’s rapidly evolving digital economy, skill-based courses and programs are imperative for learner growth and overall professional development, he says. Individual workers must engage in life-long learning in order to have fulfilling and gratifying jobs, as the labor market’s training requirements are continually changing, adds the leader. Hero Vired, therefore, offers a comprehensive range of programs to prepare students for the future, in areas such as Data Science, Artificial Intelligence, Machine Learning, Game Design, Finance & FinTech, Entrepreneurship & Innovation, Full-Stack Engineering, and many more. Akshay’s long-term vision is to develop capabilities to offer hybrid degrees; leveraging the assets from BML Munjal University to offer the best of physical classroom learning as well as online education.

The focused edupreneur also takes a keen interest in sports. Tennis has been one of his passions for over a decade, and he follows the sport intensely. Additionally, as a marathon runner, he has completed more than half a dozen marathons so far. His altruistic streak complements his business acumen. The benevolent leader has been a member of the Rotary Society of India for many years and has also volunteered for the United Nations.He reveres the Founder of the Hero Group the late Dr. Brijmohan Lall Munjal as his role model and considers him the biggest influence on his life. He religiously adheres to the success mantra advocated by Dr. Munjal — Focus on the basics, everything will take care of itself.