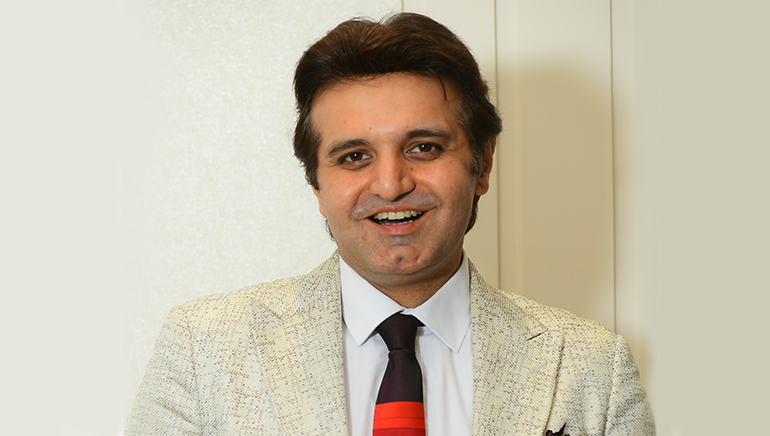 Apart from being an outstanding entrepreneur, Mr. Nayan is also instrumental in bringing out the best in the Raheja Group. The conglomerate’s trendsetting design aesthetic and superlative quality of construction are its strengths. Over the years, the conglomerate has turned into a brand that people trust, under his leadership.

The management, which sees through all the projects with a keen eye, strives to give its best to every single one of them. A considerable part of the conglomerate’s success can be attributed to the stunning architecture of its projects, which is the diligent handiwork of Nayan Raheja. His guidance has been central to the processes of innovation and design at Raheja Developers He has successfully set new standards for the way the company performs and delivers. An architect by training, his design skills have been proven repeatedly with the ventures under his guidance turning out to be works of art.

A KEEN EYE FOR DESIGN

Possessing a degree in architecture from the esteemed School Of Planning And Architecture, New Delhi, Mr. Nayan’s expertise is not restricted to architecture alone.

Coming from a family with a background in real estate, it became inevitable for him to develop an inclination towards the construction business in his childhood. It was very early in life that he realised he wanted to become an architect. Unlike most children who spent their time worrying about school work, Mr. Nayan spent his time learning more about design and construction.

Despite his demanding professional life, Mr. Nayan finds the time to pursue his passions. Not only is he a conservationist, in his free time, he also dabbles in music, poetry and direction. When he is not busy with his projects, he also loves to immerse himself in photography. He is a person with varied interests and hobbies; singing is one of his favorites. He is a motivation to the younger generation that looks up to him.

Mr. Nayan has been at the forefront of strategizing and chalking out the best plans for the group. Under his watchful guidance, the company has achieved tremendous positive results. His significant contributions have led the company to scale new heights. He has introduced new systems and designs while keeping a thorough track of the latest trends in the business.

An outstanding business leader and a person with many talents, Mr. Nayan has been recognized and facilitated with many prestigious awards, including the ‘Young Achievers’ Award’, ‘Young Entrepreneur Award’, ‘Top 10 Most Promising Industrialists Award’, etc. Aside from this, his inventiveness in architecture has earned him the ‘Architect of the Year’ Award.

Mr. Nayan’s exemplary passion for the business is visible in his involvement in the construction of Delhi’s tallest Mixed-Use Development – an astounding and larger-than-life set of luxury hotel residences. This leading entrepreneur is aggressively promoting the leasing out of another project – a luxurious Delhi Mall – to some of the best brands across the world. He is also the key player in getting Arabtec and ECC, the world’s largest construction companies, under one roof in India for the backward integration of the company. Mr. Nayan’s central role is further underlined by the appointment of some of the best and brightest engineers from across the world, which has resulted in bringing in a great deal of revenue for the company.