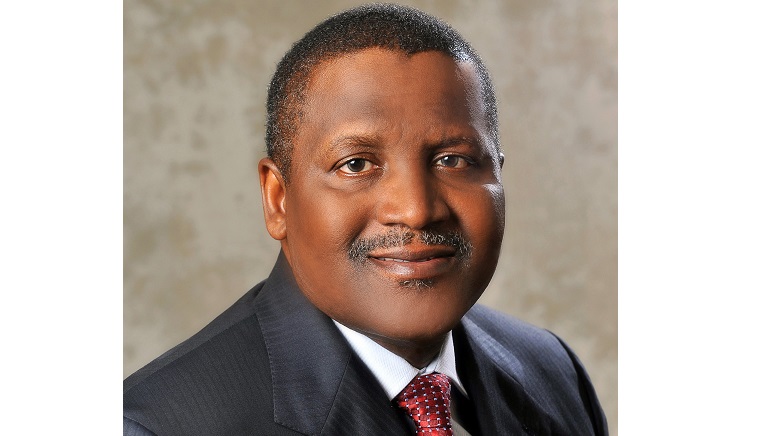 Aliko Dangote GCON (Grand Commander of the Order of the Niger) is a Nigerian billionaire and the founder of Lagos headquartered Dangote Group with the designation of President and Chief Executive. He is also a member of the board of the Corporate Council on Africa and the Steering Committee of the United Nations Secretary-General’s Global Education First Initiative, the Clinton Global Initiative, the McKinsey Advisory Council, and the International Business Council of the World Economic Forum. Though he was born in a wealthy business family of Nigeria – his great grandfather, Alhaji Alhassan Dantata, was the richest African at the time of his death in 1955 – he was so interested in business that even in his primary school he bought cartons of sugar boxes and sold them to make money.

This gentleman’s reputation precedes him, worldwide. The richest in Africa, he also surpassed in 2013 Saudi-Ethiopian billionaire Mohammed Hussein Al Amoudi by over $2.6 billion to become the world’s richest person of African descent.

Starting in 1978 as a trader of rice, sugar and cement with a loan of $3000 by a family member, he soon ventured into full-scale manufacturing. Focusing on meeting the basic needs of the Nigerian population by providing local, value-added products and services, he expanded the Dangote Group by leaps and bounds.

Today, he heads the multi-trillion-naira industrial conglomerate that deals in cement manufacturing, sugar refining, salt refining, oil refinery, polysacks, beverages, flour, pasta, seasoning, real estate, telecommunication, steel and fertilizers with a presence in 18 African countries and employing more than 30000 people. In the late 1990s, Dangote forayed into manufacturing consumer goods such as sugar refining and flour milling and then in cement manufacturing. One of his subsidiary companies is listed on the Nigerian Stock Exchange whose market capitalization is accounts for almost 20 percent of the total capitalization of the stock exchange. The visionary leader also signed a contract for the installation of a large underwater offshore pipeline with CNOOC Group.

Dangote takes a no neither easily, nor seriously. In 1990s, he got a yes from the Central Bank of Nigeria to be allowed to manage at cheaper rates their fleet of staff buses through his transport company. In July 2012, he approached the Nigerian Ports Authority and received the rights of an abandoned piece of land on lease to build facilities for his flour company. These approvals are not easy to get, but Dangote is capable of convincing others decisively.

He is passionate about doing everything for the people of Nigeria. He encourages them to invest within the country and keep their profits or rewards with themselves. Dangote’s telecommunications project resulted in building 14,000 kilometers of fibre optic cables to supply in entire Nigeria. For this, he was honored as the leading provider of employment in Nigerian construction industry in 2009.

Acknowledging his extensive efforts towards manufacturing and employment in Nigeria, in 2010, President Goodluck Jonathan appointed him as the Chairman, National Job Creation Committee to assist the government in creating employment opportunities for Nigerians.

As a result of his global impressive contributions, recently in June 2021, he has been honoured with Cameroon’s top civilian award – the Commander of the National Order of Valour.

In 2015, he was also among “50 Most Influential Individuals in the World” list by Bloomberg Markets and also won ‘the Guardian Man of the Year 2015’ award. Additionally, he is the Chairman, National Partnership Committee of Government and Private Sector on Technical and Vocational Education and Training (TVET); Member, Honorary International Investor Council (HIIC); a Malaria Ambassador; and Founding Board Member and Patron, Private Sector Health Alliance of Nigeria (PHN), thus contributing towards various aspects such as skill development, good governance and reengineering of the economy, to name a few.

In 2013, Alhaji Aliko Dangote, along with six other eminent Nigerians, was conferred Honorary Citizenship of Arkansas State by Governor Mike Beebe, who also declared May 30 every year as Nigeria Day in the US. Dangote is not only a foremost industrialist in Africa, he is equally loved and respected abroad. He is a member of several national and foreign organizations through which he contributes to the growth and development of people of several countries.

He has been quite active in philanthropic activities including the United Nations’ World Food Programme, Clinton Global Initiative, World Economic Forum, United Nations Secretary-General’s Global Education First Initiative, Bill and Melinda Gates Foundation, Corporate Council on Africa, and many others thus contributing towards global education and eradication of polio. Dangote entrusted a $3.3 million complex to Bayero University Business School. He also donated 150 fully kitted operational cars to the Nigeria Police Force and 200 housing units to Boko Haram victims – mostly women and children. He was also associated with the board of directors of the Clinton Health Access Initiative. In addition to this, he had contributed N50 million (US$ 500,000) to the National Mosque under the aegis of “Friends of Obasanjo and Atiku” and N200 million to the Presidential Library. In 2014, Dangote had donated N150 million for stopping the spread of Ebola virus.

Moreover, to speed-up the work in health, education, economic empowerment and disaster relief sectors, Dangote made an initial offering of $1.25 billion to the Dangote Foundation which now has become the largest private Foundation in sub Saharan Africa. On behalf of his foundation, he also supports stand-alone projects which have potential for significant social impact and works with state and national governments and national and domestic charities. Recently in 2020, he donated N200 million towards the fight against COVID-19 pandemic.