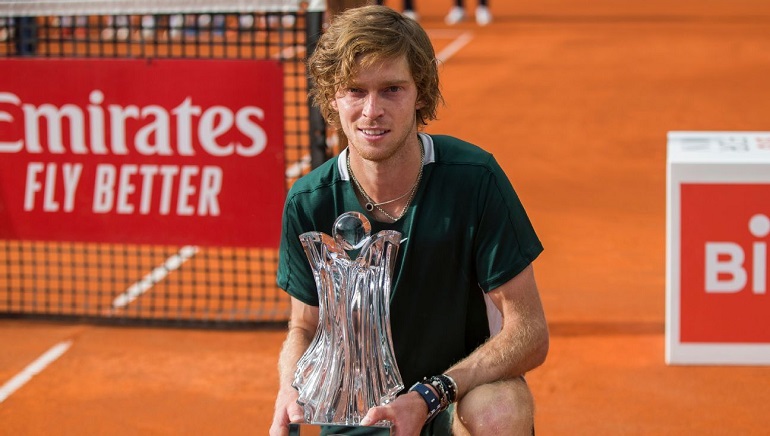 The second-seeded Russian Player Andrey Rublev defeated Novak Djokovic by mounting another comeback and preventing him from claiming his first title in 2022. Rublev dug deep by stopping Djokovic with 6-2, 6-7 (4), 6-0 and winning the Serbia Open for his third title of the season.

During their third set, 24-year-old Rublev looked fitter and won in 2 hours, 24 minutes. Djokovic, who is 10 years older than Rublev, appeared to be affected by his efforts to level the match in the second set tiebreaker.

Having defeated Jiri Lehecka, Taro Daniel and Fabio Fognini on his way to the final, Rublev has now equalled Rafael Nadal’s record of three tour-level titles this year, following his victories in Marseille and Dubai in February.

In his first clay-court match since losing to Alejandro Davidovich Fokina in the quarterfinals of the Dubai Championships in February, the 20-time Grand Slam champion- Noval lost a surprising match to Fokina last week at the Monte Carlo Masters. This was his first tournament of the year after being barred from playing at the Australian Open. Due to his unvaccinated status, he was unable to play at the Australian Open, as well as in the United States last month.