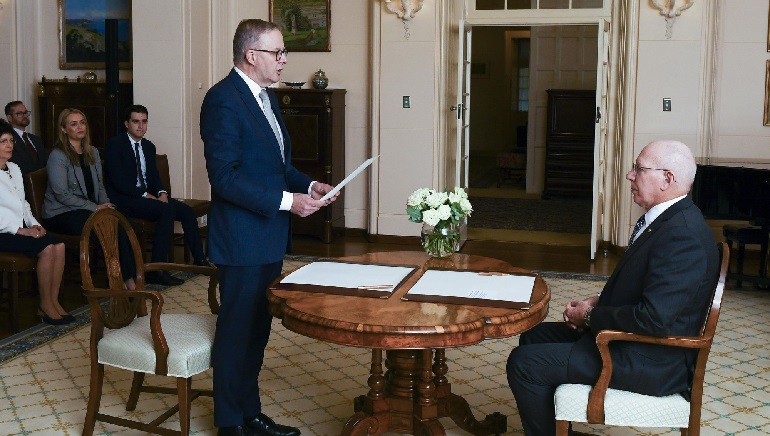 On Monday, the first non-Anglo Celtic Labour Party leader Anthony Albanese has sworn in as Australia’s new president ahead of the Tokyo summit with President Biden. He flew to Tokyo while counting and continued to determine whether he will control a majority in a parliament as it demands tougher action on climate change.

Ministers were sworn into office by Governor-General David Hurley ahead of the Tokyo trip on Tuesday with Mr Biden, Japan’s Prime Minister Fumio Kishida and Indian Prime Minister Narendra Modi.

Before the swearing-in ceremony, Anthony Albanese said, “I want to lead a government that has the same sentiment of optimism and hope that I think defines the Australian people.

The party appears assured of 75 seats in the 151-seat House of Representatives, just one seat short of a majority. According to Australia’s Electoral Commission, the conservative coalition was on track for 58 seats, unaligned lawmakers had 12, and six seats were too close to call.