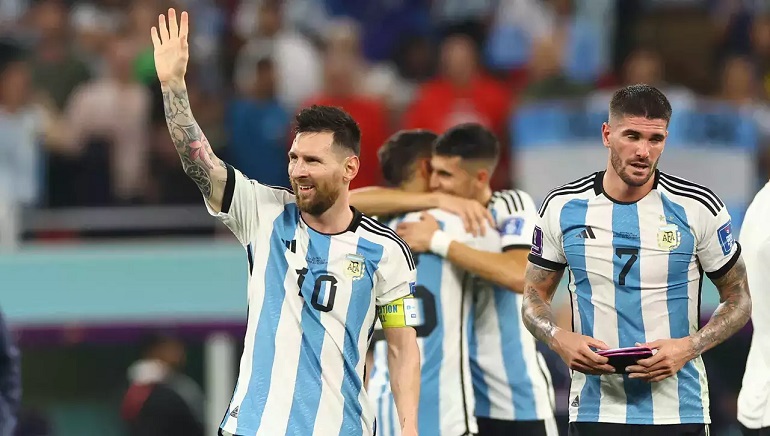 Argentina beat Australia 2-1 in the 2022 World Cup round of 16 on Saturday. Ace player Lionel Messi marked his 1,000th professional game with his first goal in the knockout stage of a World Cup, leading Argentina into the quarterfinals. Julian Alvarez made the second goal. Argentina will now play the Netherlands in the next round.

The third goal of the game came from Australia’s Craig Goodwin, who scored a 77th-minute goal. Messi gave the team the lead towards the end of the first half with a stunning low strike, striking his ninth World Cup goal.  He now has 789 goals in a career. The 35-year-old Argentine’s goal was his third in the Qatar tournament and his ninth at World Cups, one more than his great predecessor Diego Maradona.

The South American giants suffered one of the biggest upsets in World Cup history with their opening defeat to Saudi Arabia, but the team recovered their poise to swagger past Mexico and Poland into the last 16 matches of the mega tournament.

The Netherlands ended the United States’ World Cup dream in another round of 16 match on Saturday, sweeping into the quarter-finals with a massive 3-1 victory.