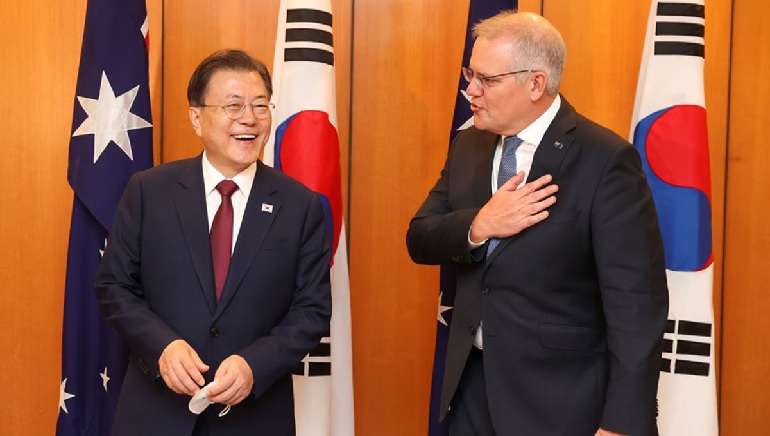 The deal, which is the largest ever between Australia and an Asian nation, also includes a new Centre of Excellence built jointly between the South Korean company and the Federal Government in the Victorian region of Geelong.

Speaking on the 60th anniversary of diplomatic ties between Australia and South Korea, Mr Morrison said the two nations share a strong link with each other. “The contract with Hanwha demonstrates the value of industrial collaboration in supporting our countries in addressing mutual security challenges,” Mr Morrison said. He also said the deal would create a minimum of 300 jobs.

President Moon is on a four-day visit to Australia. Besides talking about the deal, he also confirmed that South Korea will not be joining hands with the U.S.-led diplomatic boycott of the Beijing Winter Olympics. He also said that North Korea is making efforts to declare a formal end to the 1950-53 Korean War.