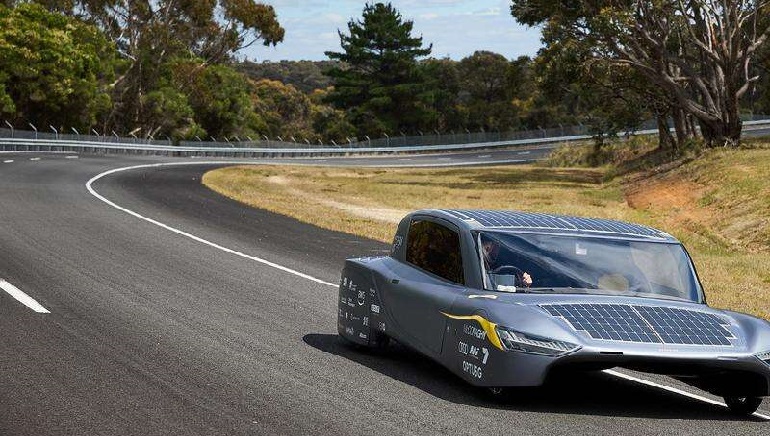 A solar-powered electric car built by students at the University of New South Wales (UNSW), Australia, has made it to the Guinness World Record for covering 1,000 km on a single charge in 11 hours 52.08 minutes.

The car, named Sunswift 7, weighs 500 kg, about a quarter size of a Tesla. The student-produced car achieved the feat at the Australian Automotive Research Center in Wensleydale, Victoria. The Sunswift 7 set the new record after circling the facility’s test track 240 times in a hair over 11 hours and 52 minutes. The car travelled at an average speed of 52.8 mph. A few days later, Guinness certified the vehicle the “Fastest EV over 1000km on a single charge” after studying and confirming the timing and telemetry data.

Aerodynamics and efficiency helped Sunswift achieve its record. The car, which was developed over the course of two years, has a drag coefficient of 0.095 — even lower than that of the Mercedes-Benz EQXX concept (0.17). The vehicle is efficient, consuming only 3.8 kWh of energy per 100 km (about 62 miles). Most EVs of today consume between 15 and 20 kWh of energy over the same distance.

Students at UNSW have been working on solar-electric vehicles since 1996, says the university. Sunswift 7 will now participate in the Bridgestone World Solar Challenge, a 1,864-mile race through the Australian outback on 20-27 October 2023.