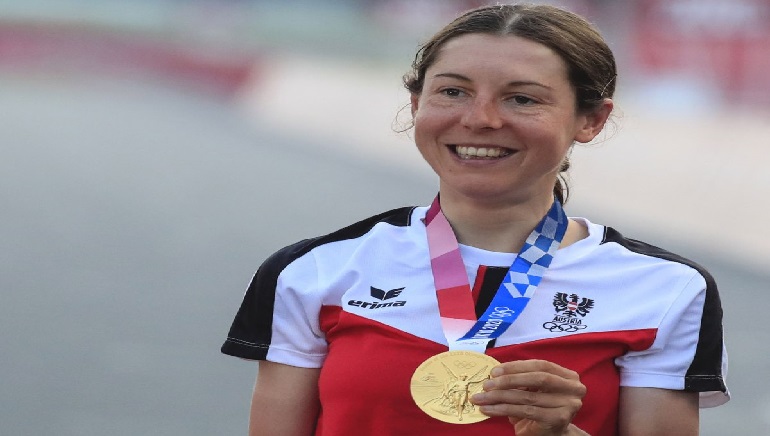 Austrian Cyclist Anna Kiesenhofer gave one of the biggest shocks in Olympic road racing history with an unflinching victory in the women’s race as a quartet of Dutch champions paid for an apparent communication meltdown on Sunday. The rider whom everyone forgot about, rode off with an improbable gold medal in the women’s road race in Japan. The race took place at Fuji International Speedway in Oyama, Japan.

The 30-year-old was licensed to build up a lead of around 10 minutes in a five-rider group who escaped right at the beginning of the 137km route into the west side of hills in Tokyo. The Olympic debutant who doesn’t ride for a pro team was focused on spinning her legs as she powered around the undulating track to protect her advantage tenaciously. Once she reached the finish line she lay on the pavement and gasped for breath.

Anna claimed her country’s first cycling medal in 125 years and the first gold medal in the Summer Olympics since 2004. The lone member of Austria’s cycling team said she just feels incredible and had sacrificed a lot for this day.