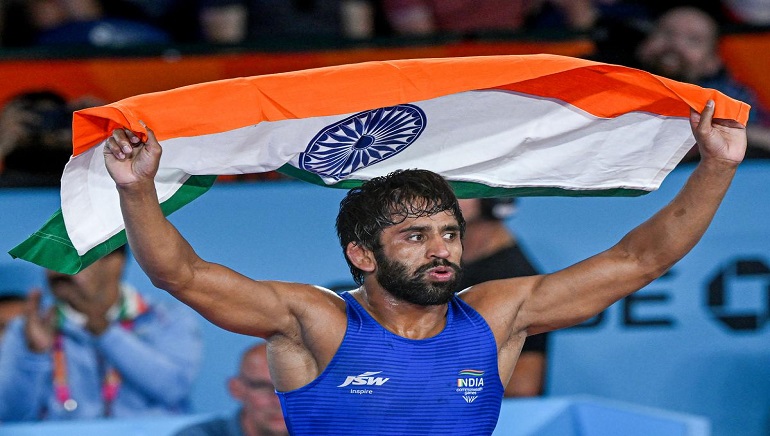 Ace wrestler Bajrang Punia became the first Indian to win four medals at the World Wrestling Championships by clinching a bronze in the current edition, in Belgrade, Serbia, on Sunday.

Bajrang, who claimed a bronze in last year’s Tokyo Olympics, put in a great effort to reach to 11-9 win on points over Sebastian C. Rivera of Puerto Rico in the contest for the bronze medal in the 65 kg category.

Bajrang had lost in the quarter-final to John Michael Diakomihalis of the U. S, but qualified for the bronze medal bout through the repechage round where he beat Vazgen Tevanyan of Armenia 7-6 by points.

The famed Indian wrestler had earlier won a bronze in 2013, silver in 2018, and bronze in 2019. With the medal win in Belgrade, his tally of bronze becomes three.

India had sent out a 30-member team for the ongoing World Championships but produced a dismal performance, winning only two medals.

Tokyo Olympics silver medallist Ravi Kumar Dahiya was defeated early on and could not achieve a podium finish.

Other than Bajrang, Vinesh Phogat secured her second World Championship bronze medal in the women’s 53kg category by defeating Emma Malmgren of Sweden 8-0.