SCO calls for the formation of an inclusive Govt in Afghanistan 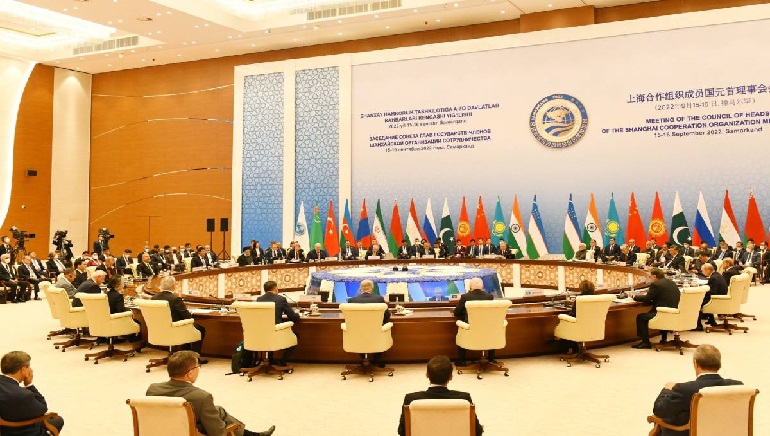 SCO calls for the formation of an inclusive Govt in Afghanistan

The Shanghai Cooperation Organization (SCO) Summit held in Samarkand, Uzbekistan, summoned the formation of an inclusive government in Afghanistan.

The declaration said that the SCO member states think that it is vital to have an inclusive government in Afghanistan “with representatives from all ethnic, religious and political groups of Afghan society”. The member states said they call for the establishment of Afghanistan as an independent, neutral, united, democratic, and peaceful state, free of terrorism, war, and drugs. They further added that considering the advancing humanitarian situation in Afghanistan, they will continue to support and assist the Afghan people.

They stated that one of the critical factors in preserving and boosting security and stability in the SCO region is the quick conclusion of the situation in Afghanistan.

“Afghanistan’s ethnic groups are not included in this government. They have their complaints; therefore, they are leaving Afghanistan,” said Sayed Ishaq Gailani, head of the National Solidarity Movement of Afghanistan. “This will have heavy implications for the government, which will face big issues if it doesn’t adjust itself with the requirements of the international community and the people of Afghanistan,” Gilani added.

The Taliban has stated nothing in this regard, but it has always stressed that its government is inclusive and termed the international community’s decision as an ‘interference’ in Afghanistan’s internal affairs.