Bangladesh, Pakistan Among Seven Countries to Get G7 Climate Funding 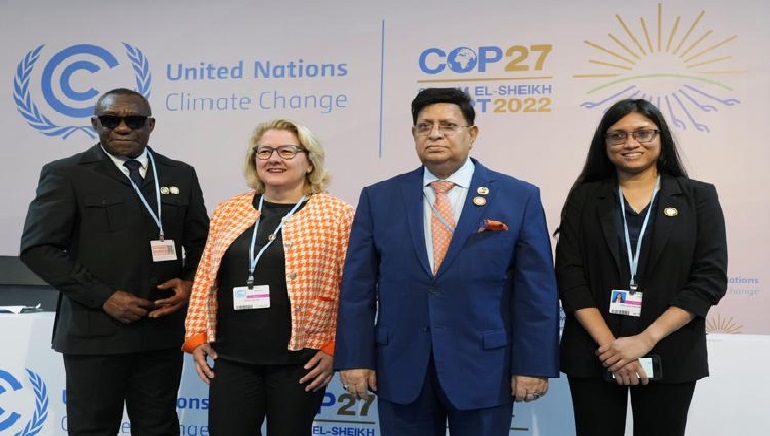 Bangladesh, Pakistan Among Seven Countries to Get G7 Climate Funding

Seven countries – Bangladesh, Costa Rica, Fiji, Ghana, Pakistan, the Philippines and Senegal – will be the first recipients of immediate funding from the G7 ‘Global Shield’ initiative launched to support countries suffering from climate disasters. The initiative was launched on Monday at the ongoing United Nations’ COP27 climate summit in Egypt.

Coordinated by the G7 president nation Germany, the Global Shield programme aims to provide rapid access to funds for insurance and disaster protection after flooding, drought and hurricanes. The programme was developed in collaboration with V20, a group of 58 climate-vulnerable countries chaired by Ghana.

The funding packages to the seven countries would be developed in the upcoming months. Germany has contributed $175.17 million in funding to Global Shield so far, while other countries such as Denmark and Ireland have given a little over $41 million. The V20 countries proposed that this fund should not be “operationalised” by November 2024.

Germany’s Economic Cooperation and Development Minister Svenja Schulze said that the aim of these funding packages is to add to but not replace the progress on loss and damage. “Global Shield isn’t the one and only solution for loss and damage… We need a broad range of solutions,” said Schulze.