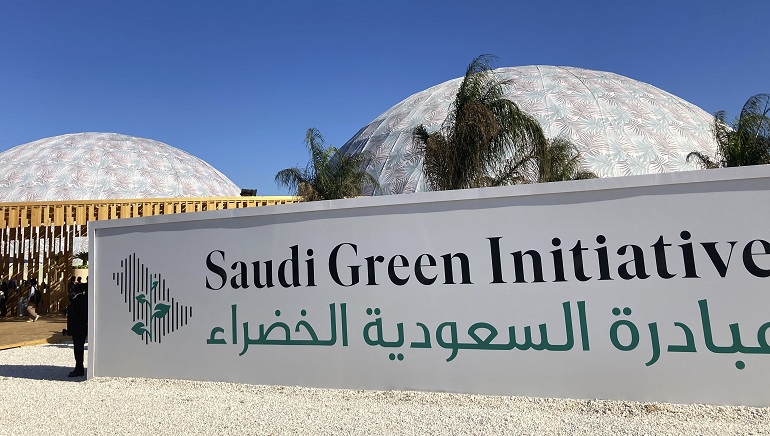 Saudi Arabia, the largest economy of the Arab world, has come to the UN climate summit being held in Egypt with a green vision. Part of this vision are hydrogen cars and vehicles that capture their tailpipe pollutants, computer mice made from recycled ocean waste plastic, hundreds of millions of trees planted in the desert, and other initiatives.

The biggest Gulf economy has put on display its vision of an environment-friendly future just a short drive from the climate summit venue, Sharm El Sheikh. Saudi Arabia is presenting itself as a leader in green energies and eco-friendly practices, with extravagant pavilions, shiny presentations and optimistic assessments of technologies such as carbon capture, which can remove carbon dioxide from the air.

Speaking at the two-day Saudi Green Initiative Forum on COP27’s sidelines, Saudi Climate Envoy Adel al-Jubeir said that the country wants to be an example to the world in terms of what can be done for climate change. The effort is part of a large push by Saudi Arabia – the top global crude oil exporter – to make the case that the nation should be part of the transition to renewable energies.