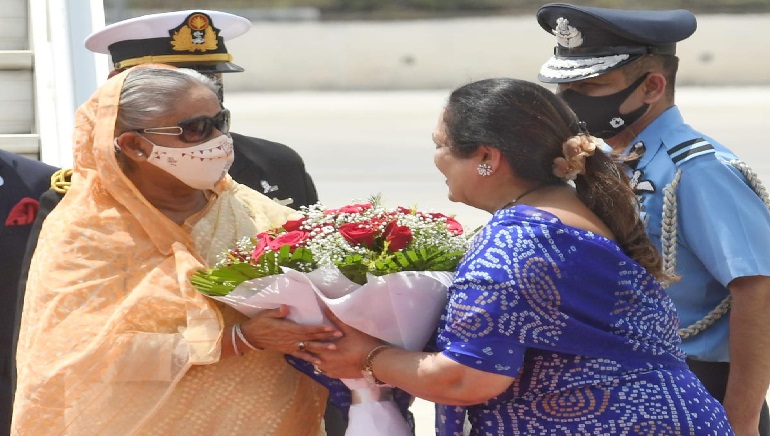 Bangladesh Prime Minister Sheikh Hasina arrived in India on Monday on a four-day visit to meet the top leaders to further strengthen the multidimensional relationship and make a deal on at least seven bilateral agreements in areas like water management, railway, and science and technology.

“This is a state visit and she (Hasina) is going to Delhi at the invitation of her Indian counterpart Narendra Modi,” Bangladesh Foreign Minister Dr. A. K. Abdul Momen told a media conference on Sunday.

Mr. Momen, who is also in India, said the agreements expected to be signed during the visit would be on water management, railway, science and technology, and information and broadcasting.

“After the (signing) ceremony, honorable prime Ministers of the two countries will issue a joint statement,” he said. He added Dhaka expects that the high-level visit would prove successful to “help achieve our goals”.