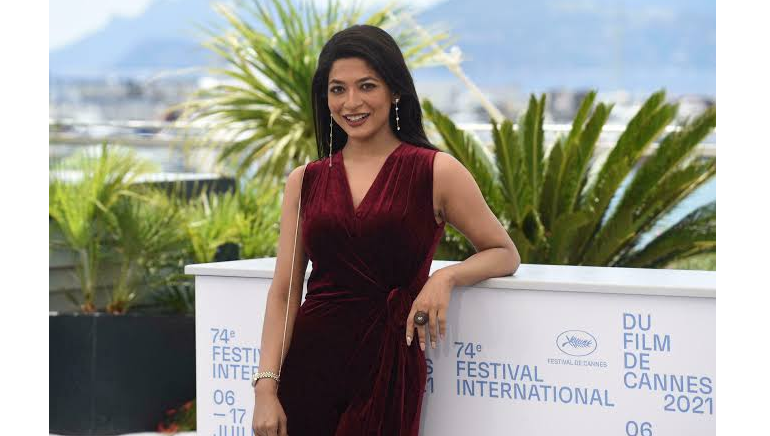 Azmeri opted to stick to her roots and wore a traditional assemblance. The saree was from a Bangladeshi brand Aarong which featured handwoven motifs which she teamed up with a halter-neck blouse whose belt was embellished with silver pieces. She completed her look with an accessorizing bracelet and matching emerald silver ear studs. The look was done with subtle make-up by kohl-rimmed eyes and a dab of matte mauve lipstick. Her tresses were tied to a centre-parted sleek bun which gave her a complete diva look.

As per the Asia News report, it was a proud movement as her film Rehana Maryam Noor which was screened at Cannes Film Festival received a standing ovation. Azmeri portrays the titular role in the same. The move highlights sexual assault and danger faced by women in Bangladesh. This was the first time that a Bangladeshi movie got selected for the ‘Un Certain Regard’ section.

While sharing her picture on instagram from the festival, the actress shared a thank you note for the entire team who have worked on her jewellery and saree. She even said that she loves Jamdani saree and never trusts any other brand over Aarong for the look. She specially thanked Asif Bhai for agreeing to her choice of attire.