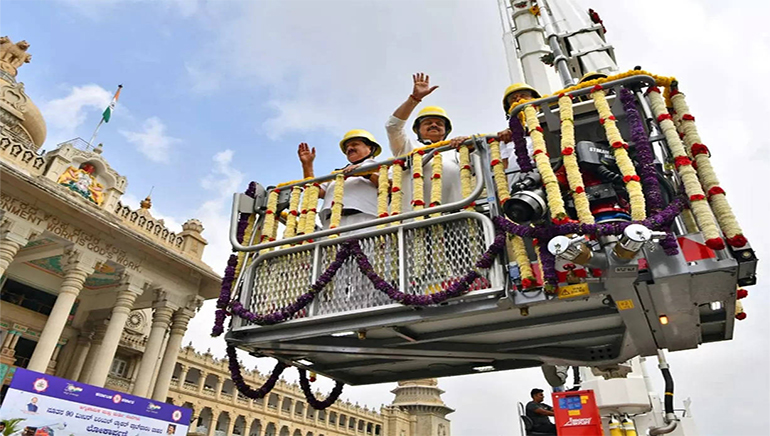 After Mumbai, Bengaluru on Thursday became the second city in India to have a 90-meter aerial ladder platform system for Fire and Emergency Services, with Chief Minister Basavaraj Bommai dedicating it to the city.

Describing it as the “biggest strength” for the Department of Fire and Emergency Services, the Chief Minister said the 90-meter aerial ladder platform is a crucial provision and it will work as a “real friend in need”.

Pointing out the importance of fire safety and its rules, he said the Department of Fire and Emergency Services needed to reach high-rise buildings during an emergency.

“The capacity and capability to save lives of people in fire mishaps and to check fire accidents have increased…in the whole country, except Mumbai, only Bengaluru has a 90-meter aerial ladder platform to rescue people who are stuck in high-rise buildings during the fire mishaps,” he added.

According to an official media report, efforts to get this aerial ladder platform were made in the last two-and-a-half years, and the grants were released when Bommai was the Home Minister but it got delayed due to the Coronavirus outbreak and production problems. They will deploy the new ladder in the Bruhat Bengaluru Mahanagara Palike (BBMP) limits, added the release.