Biden to meet South African leader amid differences on Russia 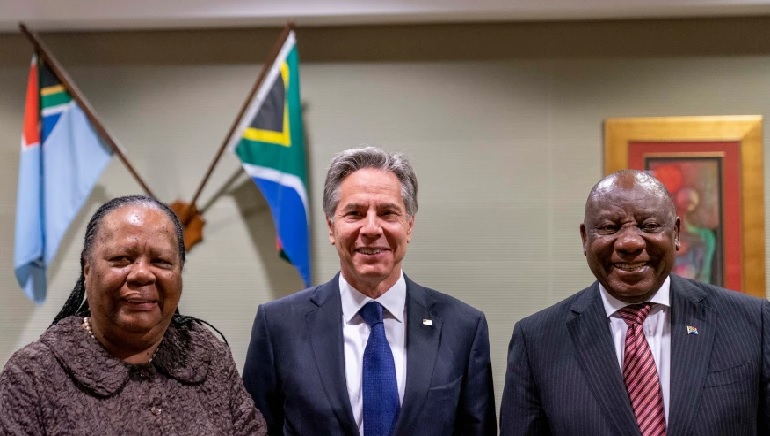 Biden to meet South African leader amid differences on Russia

The White House announced on Thursday that US President Joe Biden will meet his South African counterpart Cyril Ramaphosa this month. The administration considers bringing African nations closer to the US when South Africa and most of its neighboring countries have taken a neutral stand on Russia’s invasion of Ukraine. The announcement of the September 16 visit followed close post-US Secretary of State Antony Blinken’s visit to South Africa last month, in which he stated the Biden government sees the 54 nations of Africa as “equal partners” in tackling global issues.

However, South Africa and much of the continent have brushed aside the US condemnation of the Russian invasion of Ukraine, which has upset the U. S administration.

South Africa restrained itself in a United Nations vote to criticize Russia’s action, and Ramaphosa has abstained from any criticism of Russia and instead has called for a reconciliation.

Biden and Ramaphosa, who had a telephonic conversation in April, are expected to hold talks on trade and investment, infrastructure, climate and energy, public health, and South Africa’s pivotal role in Africa, officials said.

“The two Presidents will reaffirm the importance of our enduring partnership, and discuss our work together to address regional and global challenges,” White House press secretary Karine Jean-Pierre released a statement announcing this month’s meeting.