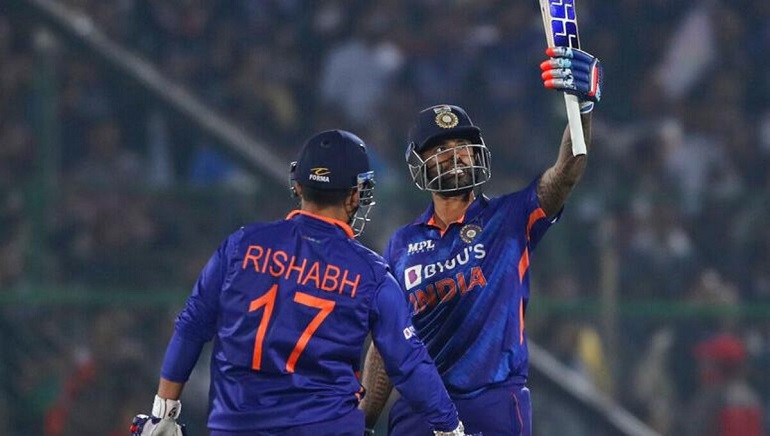 After a spectacular 26-ball 68 against Hong Kong, Suryakumar Yadav was still beaming when he walked into the press conference. When he’s out in the middle these days, India’s T20 stalwart seems to be having a ball, and even during the 11-minute conversation, he wore a charming smile.

Even though Surya’s unbeaten knock came against a semi-professional team, his dominance was impressive. Virat Kohli bowed to Surya and followed him back to the dressing room after propelling India to a target that had exceeded Hong Kong’s batting credentials.

While Kohli usually plays eye-catching knocks and grabs the spotlight, his brilliance was nearly overshadowed by Surya’s. When Kohli was struggling to regain his form, Surya’s nonchalance in dismissing Hong Kong’s disciplined attack astonished him.

Surya himself is trying to absorb the growing appreciation. He was smitten by Kohli’s gestures and said, “It was a heartwarming gesture from Virat Kohli. I have never experienced it. I was wondering why he wasn’t walking ahead and then when I realised, I asked him to walk together. He is much more experienced than me.

His delivery and form are everything that was expected from coach Rahul Dravid and captain Rohit Sharma. This is what the duo promised this times team to play: ultra-aggressive and fearless.