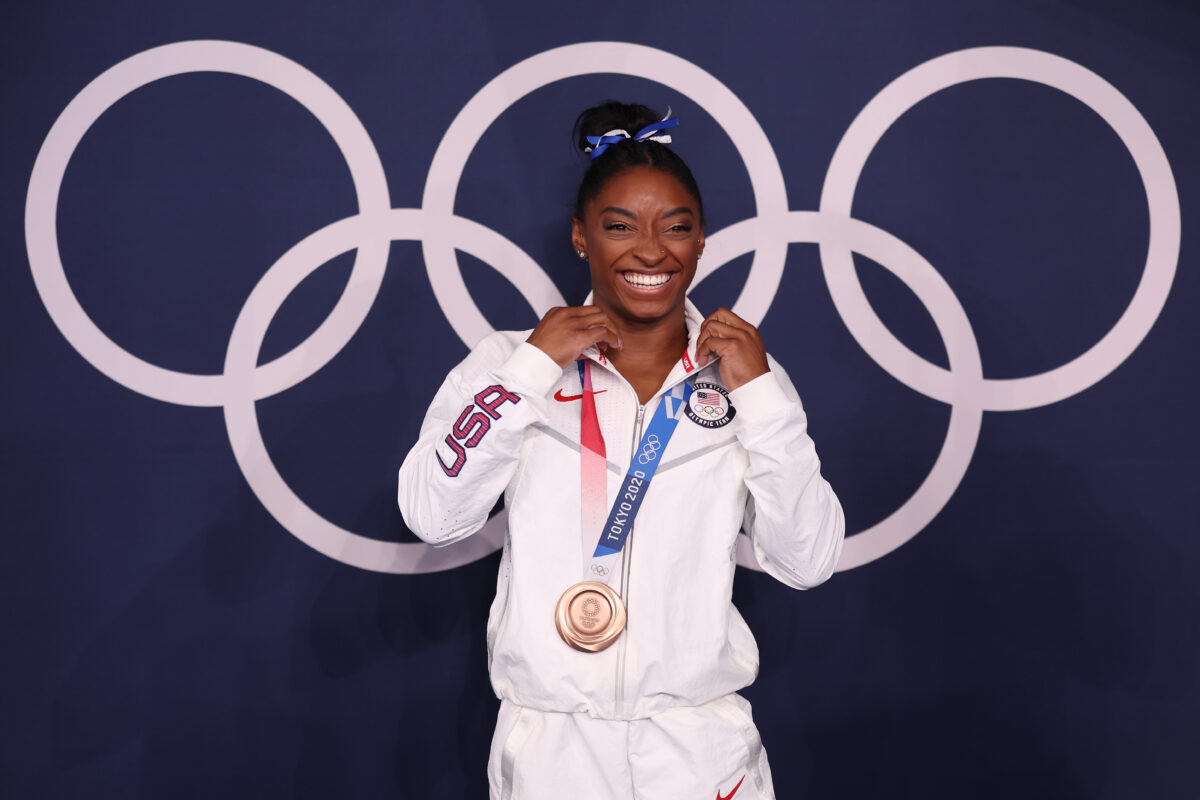 Simone Biles won her bronze medal in the beam final at the Tokyo Olympics in an emotional return to the Olympic gymnastics competition. It is her seventh medal in total at Olympics which makes her the most decorated American gymnast in history alongside Shannon Miller. Biles said she did not expect a medal but wanted to take part just for her mental peace.

Simone suffered from ‘twisties’, which in gymnastics means a kind of mental block. AsiaOne reported that Biles was pulled out of the all-around, vault, floor, and uneven bars. Simon returned for the beam on the final day of artistic gymnastics action. The finals were at the Ariake Gymnastics Centre. She received a warm reception as she stepped into the arena. She ended with a double backward somersault and double pike onto the mat after scoring 14.000 with a solid routine. It was a nervous wait which she faced before securing the bronze while being the third of the eight finalists. After her win, she hugged all her rivals and jumped up and down in celebration, Asia News reported.

She couldn’t believe she achieved that after what she has gone through. China’s Guan Chenchen scored 14.633 and won a gold medal while silver was given to Tang Xijing for 14.233