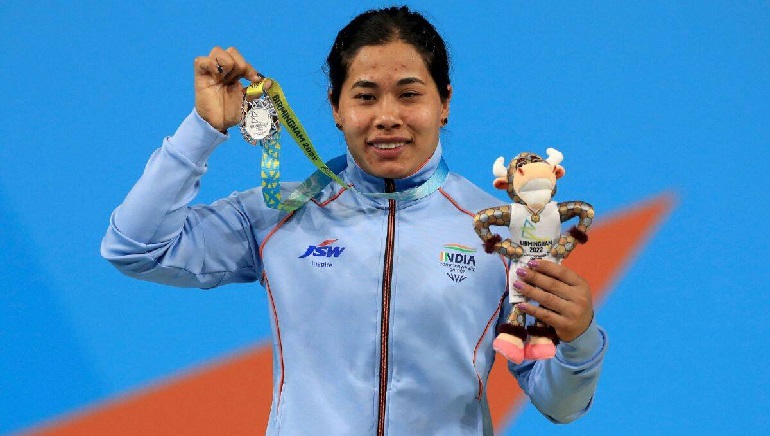 Bindyarani Devi Sorokhaibam won the women’s 55 kg weightlifting silver medal for India at the 2022 Commonwealth Games in Birmingham. Weightlifters from India performed exceptionally well on Day 2, as Bindyarani was the fourth Indian to win a medal. In the snatch event, she lifted 86kg to finish in third place. She scripted a CWG record with a lift of 116 kg for the clean and jerk round. She also set a personal best.

She began her first effort by lifting 81 kg in the snatch round, then 84 kg after that, and finally, 86 kg in the third round. while the record-breaking 116kg clean and jerk lift she performed on her final try helped her total 202kg.

Adijat Adenike Olarinoye of Nigeria won the gold medal while setting a new CWG record by snatching 92 kg on her second try. In one round of clean and jerks, she lifted 111 kg. She narrowly beat the Indian weightlifter with a total aggregate of 203 kg.

Bindyarani earned gold in the clean and jerk event at the 2021 World Weightlifting Championships, but it will be her bronze medal at the 2022 Commonwealth Games that will make her famous across the nation.