Priya Malik Retains Her Title At U17 World Wrestling Championship 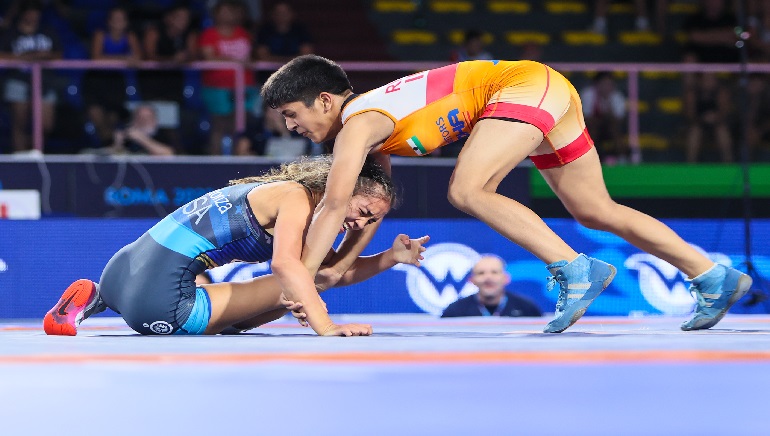 Priya Malik Retains Her Title At U17 World Wrestling Championship

On Sunday, Indian Wrestler Priya Malik dominates the U17 World Wrestling Championship by winning a gold medal in the 73 kg category. She retained her title by defeating Ukraine’s Mariia Zenkina 10-0. Earlier she had won the top prize in July last year and became the first Indian woman wrestler to win the title ever.

Malik first defeated Kaiulani Garcia in the qualification match by 3-1 and Poland’s Dominika Pochowska in the quarterfinal by 10-0 before defeating Kazakhstan’s Alina Yertostik by 4-0 in the semifinal.

Along with Malik, Ritika Kataria also won another gold for the nation at the U17 World Championship by defeating American wrestler Erica Ppastoriza by 9-0. After defeating Italian Melissa Doroftei 10-0 in her preliminary round, Kataria advanced to the championship. In the following round, Kataria defeated Uzbekistan’s Gulnura Ruslanova 2-0 in her quarterfinal match. She advanced to her first final by defeating Ukrainian Anastasiia Polska 7-0 in the quarterfinal.