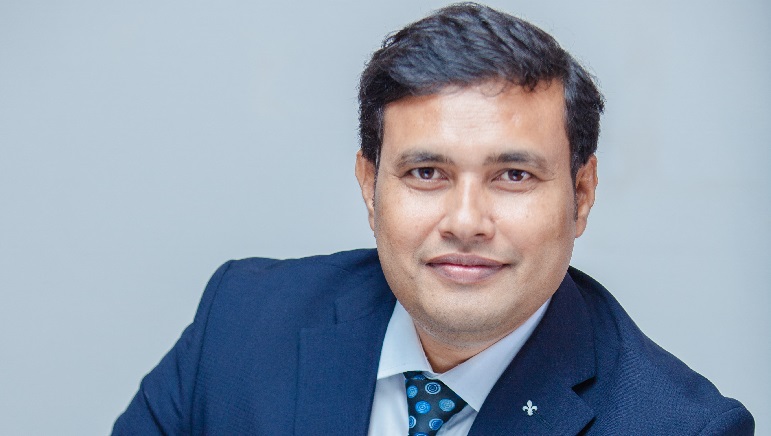 Birendra’s journey can leave anyone awe-inspired. He was born to a family of poor farmers and grew up in a remote village in West Bengal (India), where there was no electricity till 2010. He pursued his graduation from outside of his village. He was always passionate about working in IT sector. After completing engineering, he started one of the finest technology companies of that time – Tandem, which was later acquired by Compaq and is now a part of HP. He has been in the technology domain for a long time, working for large corporations such as HP.

The successful entrepreneur attributes his accomplishments in the entrepreneurial world to the virtues instilled in him by his father, which enabled him to reach the pinnacle of success.

Following his stint in the IT sector, Birendra ventured into the entrepreneurial realm, by launching an IT consulting firm Fusion Tech with his American colleagues. The company quickly expanded from a small team of a few people to a workforce of 360 people. Fusion Tech was acquired by a venture capitalist in 2006, after which it merged with Alliance Consulting, a US-based firm. It is now part of EPAM, one of the largest companies listed on the New York Stock Exchange.

The launch of a company called Subah, based in West Africa has been one of the highlights of his career. Under his direction, the company focused on how to generate revenue for the West African government so that the revenue can be utilized for the welfare of the people. “We started Subah with five people and soon it became a 1500 people team within five years, with over $100 million turnovers,” says the leader.

Birendra has been instrumental in the development of businesses in various parts of the world, including the USA and Europe. The technologist-cum-investor is currently focusing on spreading presence in Asia, especially India to empower the Indian farmers in particular and support the Indian economy in general. He believes that India is witnessing remarkable growth in terms of IT. Therefore, he intends to concentrate his efforts on agricultural technology in India and surrounding countries. ”That, I feel, is the one area in which the APAC countries have been battling for a long time to improve their output, productivity, and yield”, says the thoughtful leader.

INNOVATION RUNS THROUGH HIS VEINS

Birendra is a forward-thinking leader who stays on top of industry trends and innovations. As a growth enabler, he prioritizes two things–innovation and continuous improvement. Over the years, he has built a strong foothold in the IT industry. His mission is to provide businesses with a cutting-edge set of tools to help them grow faster. He also wants to assist his clients in achieving their organizational goals. At the same time, he believes in empowering his team for greater business success. He is quite adventurous and eager to explore uncharted terrains. From inventing solar base stations for remote African villages to empowering Indian villagers through Fintech, he has done it all. For example, he founded a financial services company for people residing in rural villages more than a decade ago, when only a few Indian villagers had a basic mobile phone. Birendra came up with the breakthrough idea of doing banking transactions utilizing a simple mobile phone. His goal was to provide financial tools to underserved businesses in India, particularly in the last mile, where no financial services had previously been available. That was a remarkable concept, which was implemented in over 100 villages across India.

A GEM OF A PERSON

Birendra’s commitment to society is unshakeable. He believes that it is important that we use our earnings to benefit the society that has invested so much in us. “It is our duty that when we become capable of earning a living, we should give back to society for the welfare of the less fortunate,” says the benevolent leader.

He adds, “Every person has a unique value chain. So one of my value chain principles is that everything I take, I must give back.” The leader established almost six basic IT training schools and trained over 6000 children from various countries and remote areas on the African continent.

Birendra also emphasizes the need for waste management. “One of the areas in which we made significant contributions has been waste management. We created a solution that can track your garbage bin and identify whether it is empty or full. It also sends you notifications about how long it has been empty. It can also keep track of the types of raw materials that are derived from garbage,” says the C-suite leader.

GAINING PROMINENCE AS AN INDUSTRY LEADER

For his outstanding contribution to the IT sector, Birendra has been honored with European Business Award. He is also the recipient of the UK Asian business person of the year. What’s more, he has also received the President Award from Ghana for his voluntary services to Africa’s army in various security areas, which have been highly beneficial to their security issues. Additionally, he was also honored with the Falcon Award in Africa for his work on innovative revenue tracking tools for the government. He was also a guest speaker in the United Nations ITU programs several times. Birendra has quickly ascended the success ladder as a result of his unwavering commitment to succeed and enormous desire to make it big. He sees an exciting future ahead of him, full of new adventures and possibilities that will help him grow as a person.