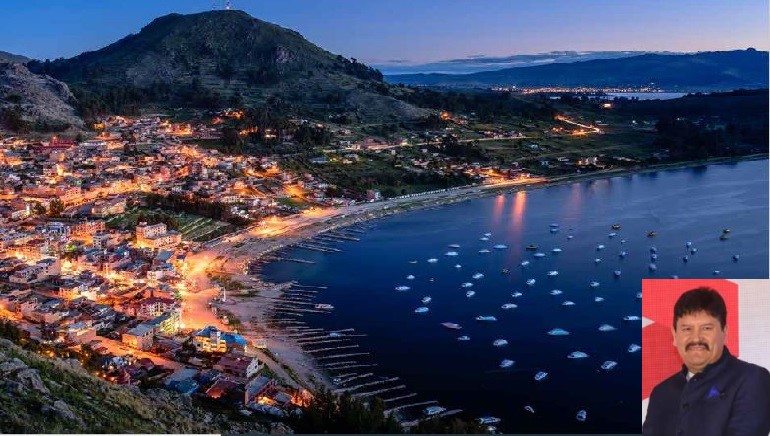 Madidi National Park: Stretching from the Andes to the Amazon, in an area of more than 7,000 square miles, it is famous as one the most biologically diverse parks in the world. Tourists may find jaguars here or giant otters or the titi monkeys, which are not found anywhere else in the world. Our planet has about 9,000 species of birds, of which over 11 percent are found in the Madidi National Park.

Jesuit Missions of Chiquitos: It is an entire region of six mission towns founded by some Jesuit priests in the 17th and 18th centuries. Tourists may choose to visit all towns together in one long tour, or they may stay at each and move on gradually. All of them offer beautiful views and a style of old Spanish architecture; however, the largest and the best-known of these mission towns is San Jose de Chiquitos.

Yungas Road: It is called the World’s Most Dangerous Road and stretches from La Paz to Bolivia’s Amazon rainforest region in the north of the country. It is called the most dangerous because from La Paz, it goes up to 15,000 feet before descending around 4,000 feet to the town of Coroico. Though it is dangerous for most vehicles, it attracts mountain bikers in abundance as they love the close to 40-mile-long stretch of downhill riding.

Reserva Eduardo Avaroa: It is a Fauna National Reserve in the harsh Southwest Circuit region of Bolivia, which was built to protect the endangered vicuna and the llareta plant. It also boasts of some of earth’s most unusual landscapes, including the bright white salt flats and the rainbow-colored mineral lakes of Los Lipez, which do not support human life as they are very harsh to live in, but are still a refuge for many rare and endangered South American species including several large colonies of flamingo. Tourists visiting this place get a feeling that they have come to a strange and beautiful new planet.

Cerro Rico, Potosi: It is called the rich mountain or Cerro Rico. Once it was famous for its silver, and had attracted Spanish Conquistadors to the world’s highest city, Potosí. Adventurous tourists exploring the effect of colonization upon the indigenous people of Bolivia must visit this place. Although the silver is long gone, tin is still mined from Cerro Rico. Tourists may still visit the mines as well as the Casa Nacional de Moneda, a museum that once housed the royal mint.

Sucre: It has three other names and is also called the City of Four Names. The other three names are Charcas, La Plata and Chuquisaca. It was founded in the 1500s by Spanish colonials, and it is loved by tourists who are interested in observing the life in aristocratic Spain in the 16th century. The various attractions of the city include important historical buildings such a La Casa de la Libertad. It is the same place where Simón Bolívar wrote the Bolivian Constitution, and where you would find Bolivia’s National Library, which features documents dating to the 15th century.

Lake Titicaca:It is the highest navigable lake in the world, and is naturally one of Bolivia’s most beautiful and treasured landmarks. Visitors may savor freshly caught trucha here and may take a boat trip from Copacabana to Isla del Sol. Ancient Inca ruins may also be found here scattered throughout the island. Visitors may also go to the summit of the Stations of the Cross walk to observe the fascinating Lake Titicaca.

Tiwanaku: It is a Pre-Columbian archaeological site in western Bolivia and a UNESCO World Heritage Site. Tiwanaku is considered one of the most important civilizations before the Inca Empire, and is today one of the world’s oldest and highest urban cities ever built. Its mysterious stone creations defying explanation and ruins of architectural structures attract a lot of tourists.